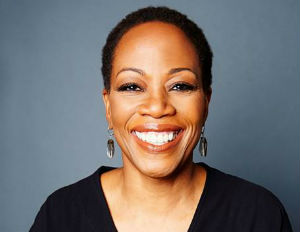 Playwright, director, and Golden Globe winning actress Regina Taylor, celebrating her 20th year as artistic associate at the Goodman Theater in Chicago, has developed a unique play experience in which she has sought out collaboration in her creative process with student artists, professional artists, and others. Taylor has boldly and imaginatively collapsed and reinterpreted the boundaries of theater, making use of technology, a central theme of the play, to extend and expand the experience of the play itself, inviting audience engagement before, during, and after the actual viewing.

[Related: The Best Colleges for Veterans in 2015]

stop. reset. tells the story of an African American book publisher in Chicago whose business is threatened by the growing popularity of e-books. But the story is a vehicle Taylor uses to explore how people deal with change in a time of social, economic, and technological disruption. “It is really about change on all levels,â€ says Taylor.”When he’s faced with change, it’s a questioning of the ground on which he stands. As a businessman, as an African American, as a man, as a father, as a husband. Who is he? Who is he becoming as he makes these essential decisions about how he’s going to survive and pass on that legacy?â€

Taylor has worked previously with mixed media in her productions. “I’ve used video, soundscapes, sounds heard from off-stage,â€ and collaborated with students. In workshops with Taylor, students created “piecesâ€ that they then shared with the theater-going public in the lobby of the theater. Later their works were incorporated into the play and the students were able to see their work on the stage.

“I love doing that,â€ Taylor says. “I love giving people a platform to have their voices heard, to pass that on to the next generation that may not have the opportunity.â€ With stop. reset. Taylor wanted to take the collaborations further and “take down the walls and have more personal conversations with these audiences that have supported me along the way.â€ She also wanted to integrate technology into the play since it is one ofÂ stop. reset.‘s themes. “This is an extension and culmination of what I’ve done in the past, taking it further because of the subject of the play. The challenge is to engage traditional audiences and new audiences who are very fluent in tech.â€

From the beginning, Taylor’s approach withÂ stop. reset. wasÂ collaborative and inclusive. Over the course of a year, she held small dinner parties of about 16 people from diverse fields, ages, and races. The purpose was to talk about change and how different people, including students, were dealing with change. These conversations, carried on among people who ordinarily wouldn’t converse with one another, informed Taylor’s writing. stop. reset. also has a website through which the audience can begin to engage with it. “We give the audience a choice where they want to enter: before the play, while they’re at the play, or afterwards.â€

The student interpretations are an important, even essential part of the play, Taylor says. “They are an extension of the play itself. The play is a tone poem on change. It is a conversation about change and how we deal with it. We see that engagement in the students’ work with the themes of the play.â€

To find students to collaborate with, Taylor contacted everyone she knew, from institutions to individuals. She has collaborated with students from the Art Institute of Chicago, the Illinois Institute of Art, DePaul University, and others, including the Urban League and after-school programs. She still has projects to upload. One student’s short film on the site explores the role of technology in relationships, and whether the digital detritus of a broken relationship makes it harder to move on.

For more information about stop. reset., which opened June 1 and is scheduled to close June 21, go toÂ www.stopreset.org/. 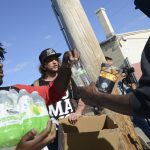