A Donorâ€™s Story: Why African Americans Should Step Up and Donate Bone Marrow 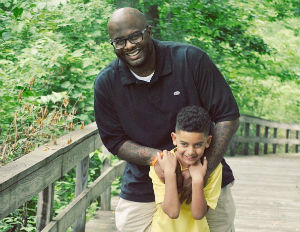 When it comes to treating blood related cancers, such as leukemia andÂ blood disorders like sickle cell disease, African Americans have a harder time finding a bone marrow match. AlthoughÂ Be The Match, a global leader in bone marrow transplantation, has aÂ database which includes over eight million donors – the chance of finding a match on the Be The Match Registry is close to 93% for Caucasians, but for African Americans and other minorities, the chances can be as low as 66%.

Unfortunately, myths about the bone marrow donation process such as, “it’s very painful,â€ keeps many people from joining the Be The Match Registry and potentially saving a life.

To help dispel myths about the marrow donation process, BlackEnterprise.com caught up with two marrow donors, 42-year-old Sean Patterson, an adjunct instructor and founder of The 411 Foundation, and 22-year-old Jasmine DeBerry, who recently graduated from Wingate University with a degree in communication studies and a concentration in mass media.

BlackEnterprise.com: Why was it important for you to become a bone marrow donor?

Patterson: It was important for me to become a bone marrow donor because getting on the registry list meant I could help save someone’s life. When I received the email on March 12, 2014 stating that I was a possible match for an 8-year-old girl, I knew I had to say yes to the whole process. I wanted to help make a difference in someone’s life, so this was going to be a great opportunity. On April 7, 2014 I received the call, notifying me that I was the best possible match. This was one thing that I knew I was going to do for sure. My son had just turned 7 and all I could think about was: if it was my son I would hope that someone would jump at the chance to help him. My mind was made up and there was changing it.

How long did the process take?

The actual process took a couple of hours, but I was under general anesthetic so it seemed like a short process to me. There were no side effects. My procedure was done on a Friday morning and I was up and moving around the next day. I went back to work on Tuesday without any problems. Having an active eight year old at home, he was ready to play as soon as I came from the hospital that Friday evening.

Can you help dispel any myths or rumors people may have about the marrow donation process?

Some people don’t join the Be The Match Registry because they have a misunderstanding about how painful the process is. When you donate marrow, you are under general anesthesia and feel no pain during the procedure. I would do it again to save a life. The level of discomfort you may experience is nothing compared to what someone who is fighting for their life is experiencing. The whole process will change you. By donating bone marrow you are giving a person a chance at life; all they want is a chance.

What advice would you give to someone who isÂ hesitantÂ to join a marrow registry like Be The Match?

Sign up and get on the registry. You can make a difference.

Why was it important for you, Jasmine, to become a bone marrow donor?

Jasmine DeBerry: When I was 16, one of my best friends passed away (Jacquieea “Kikiâ€ Brown). She had sickle cell anemia. She was such a joyful person and knowing her made me a better person. When I turned 18 I joined the registry in her honor. She was so important to me and still is, so I am very passionate about ending blood cancers.