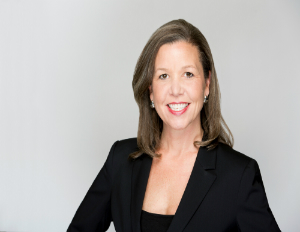 More than half (53%) of survey respondents agree that the American Dream has changed and that there is now a “new normalâ€ when it comes to life after the Great Recession. Attaining this dream once centered on owning a home. Now, most Americans are focused on just surviving and maintaining a steady source of employment. An overwhelming 92% say having a good job is essential to the American Dream.

The study also found that one’s perception of being impacted by the recession varies greatly depending on age. Baby boomers were most likely to say they were significantly impacted financially.

Black Enterprise sat down with Andrea Freeman, Aaron’s VP of Marketing, for more on this survey.

BlackEnterprise.com: What prompted Aaron’s to conduct this survey?

Andrea Freeman: We really wanted to look at the ongoing impact of the recession and what is occurring in our customers’ lives.

Were there any results from the survey that surprised you?

Even though many consumers are trying to figure out their budgets and how to operate in this new economic climate, they are still doing their best to pursue their financial goals and they are still moving forward to purchase the items they want. What also surprised me was how the definition of the American Dream has changed over the years. It used to be about owning a home with a white picket fence, but given the economy it’s now about having a job.

In the survey, American workers say they have to work harder now for the same standard of living. Why is this?

About two out of five of our respondents indicated a drop in their income following the recession. In this climate, many have to work harder to find a job and may not be fully employed even when they do. If you do find a job, you’re not necessarily making what you used to make, or getting as many hours as you used to. At the same time, the cost of living has risen over the past few years.

How are American workers managing their finances with tighter budgets?

FREEMAN: Survey respondents are doing a variety of things to manage finances. About 69% say they’re now watching for sales and over half are now using coupons. Even more are now engaging in online price comparison.

For more information on managing your budget, see How to Deal with a Financial Crisis.