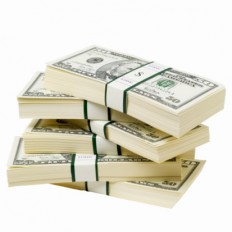 The CEOs of top U.S. corporations were paid 331 times more money than the average U.S. worker in 2013, according to the AFL-CIO’s 2014 Executive PayWatch database. The trade-union discovered that the CEOs of 350 companies made an average of $11.7 million last year compared to the average worker who earned $35,293.

The media compensation of CEOs of the top 100 U.S. corporations last year was $13.9 million, an increase of 9% over the previous year, according to another survey released by the New York Times. The Equilar 100 CEO Pay Study also found that those CEOs took home a combined $1.5 billion in 2013.

The study was done for the Times by Redwood City, California-based Equilar, which provides executive compensation data. Â For each executive, total pay package is the sum of base salary, cash bonuses, stocks, options, and other compensation.

Oracle’s Larry Ellison is the highest-paid CEO in America with a $78.4 million pay package in stocks, cash and options, reports the New York Times. This is his seventh consecutive year in the top three. Bob Iger of Disney and Rupert Murdoch of Twenty-First Century Fox rank number two and three, with earnings of $34.3 million and $26.1 million, respectively.

Google co-founder and CEO Larry Page, who was paid a $1 salary last year, is the lowest paid CEO on the top 100 list. However, Google executive chairman Eric Schmidt’s compensation was notably $19.3 million. And Warren Buffett, one of the wealthiest people on earth, received a pay package of $485,606 as Chairman and CEO of Berkshire-Hathaway.