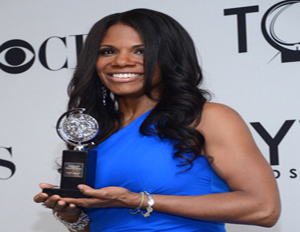 NEW YORK, NY – JUNE 10: Audra McDonald, Best Performance by a Leading Actress in a Musical for Porgy and Bess, poses in the press room at the 66th Annual Tony Awards at The Beacon Theatre on June 10, 2012 in New York City. (Photo by Jason Kempin/WireImage for Tony Award Productions)