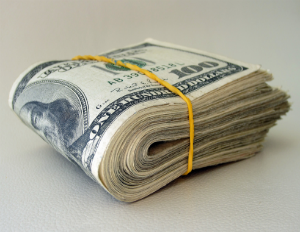 We recently told you about a Bankrate.com study which found that only 38% of Americans have enough savings to cover unexpected expenses such as a $1,000 emergency room visit or a $500 car repair. Other survey respondents said they would raise the money by cutting back on spending somewhere else (26%), asking friends and/or family for a loan (16%) or using credit cards (12%).

In addition, the study results revealed that as you get older, obtain salary increases, and get more education, they are more likely to have the means to use savings for unexpected expenses. Among those surveyed, just 33% of millennials have enough savings to take care of unexpected expenses.

[RELATED: READ INFOGRAPHIC: HOW AMERICANS PLAN TO SAVE IN THE NEW YEAR]

BlackEnterprise.com sat down with Bankrate.coms’s banking analyst Claes Bell for more information on this study and insight into why some consumers aren’t saving enough money.

BlackEnterprise.com: Why aren’t Americans prepared for a rainy day?

Bell: I’d say the biggest factor has been the Great Recession and its aftermath. With so many Americans unemployed for extended periods and wage growth only recently starting to rev back up again, it’s been very difficult for Americans to keep their heads above water financially, let alone save for the future. My hope is that, with the job market continuing to improve and falling gas prices putting some additional cash in Americans’ pockets, they’ll take this as an opportunity to build that emergency savings cushion that’s so crucial to financial security.

Black Enterprise.com: Why is it that senior citizens are better prepared than other age groups?

Bell: They’ve had many more years of working to accumulate savings than other groups. You could also make a good case that the remaining Greatest Generation who make up part of that group and who experienced the Great Depression in their formative years have prioritized savings to a greater degree than later generations.

BlackEnterprise.com: Why do you think millennials are more behind than the other age groups?

Bell: Millennials are just starting their careers and haven’t had as much time to accumulate savings as other groups. Additionally, they’ve faced some challenges other groups haven’t, such as higher student debt loads than previous generations. Servicing student loans leaves less income for saving. In addition, entering the worst economic downturn since the Great Depression has stunted the careers of many Millennials. I actually think it’s very possible that once their economic situation improves, Millennials will become consistent savers in part as a response to the trauma of the Great Recession years.

Bell: Building that cushion of emergency savings is one of the most important steps people can take toward long-term financial security. While saving is difficult for a lot of people, there are some ways to make it easier. One is building a certain, constant amount of savings into your household budget each month alongside other crucial items such as rent, utilities and transportation. Another is having part of your paycheck automatically deposited into a savings account. That way, you never see the money hit your checking account and never have to fight off the urge to spend it on something you’d like to have but don’t necessarily need.

For more on this topic, see What are You Willing to Sacrifice to Save Money?