With less than 50 days left in her tenure, Secretary of Education Betsy DeVos does not like the idea of free college being floated by the Biden administration.

While speaking at a virtual conference hosted by Federal Student Aid, DeVos went on a tirade, criticizing politicians who “advance the truly insidious notion of government gift giving.”

“We’ve heard shrill calls to ‘cancel,’ to ‘forgive,’ to ‘make it all free,’” DeVos said, according to MarketWatch. “Any innocuous label out there can’t obfuscate what it really is: wrong.”

Progressive Democrats such as Senators Elizabeth Warren (D-Mass) and Chuck Schumer (D-NY) have been pushing Biden to cancel up to $50,000 in student debt. Biden has said on multiple occasions he would cancel up to $10,000 per borrower as part of a coronavirus relief measure.

Calls for student debt cancellation have increased over the last few years as student debt has become the second highest debt. Americans collectively carry more than $1.5 trillion in student loan debt. Warren has even suggested Biden bypass Congress and cancel student debt through an executive order.

DeVos, who has been held in contempt for violating a judge’s order concerning student loans during her time as Education Secretary, believes free college is the beginning of a socialist takeover.

“The campaign for ‘free college’ is a matter of total government control,” DeVos said at the virtual event. “Make no mistake: it is a socialist takeover of higher education.”

Student loans have been paused during the coronavirus pandemic, those payments will be reinstated December 1, and with the coronavirus currently getting worse in the U.S., if something isn’t done to delay or cancel these payments defaults could skyrocket.

Biden, whose wife Jill is an educator, pledged to name a teacher, current or former, as his education secretary. Those in the running to replace DeVos include Tony Thurmond, superintendent of public instruction in California, Rep. Jahana Hayes, who won the John F. Kennedy Teacher of the Year honor and the Waterbury School District Educator of the Year in 2015. Randi Weingarten, president of the American Federation of Teachers; and Lily Eskelsen García, former president of the National Education Association. 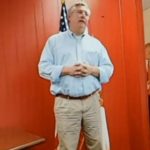 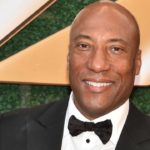 FacebookTwitterYoutube
← Republican Attorney in Florida Being Investigated for Allegedly Registering to Vote in Georgia and Suggesting Other Republicans Do the Same ← Byron Allen Prepares to Launch TheGrio.TV in January, Right In Time For MLK Weekend
×