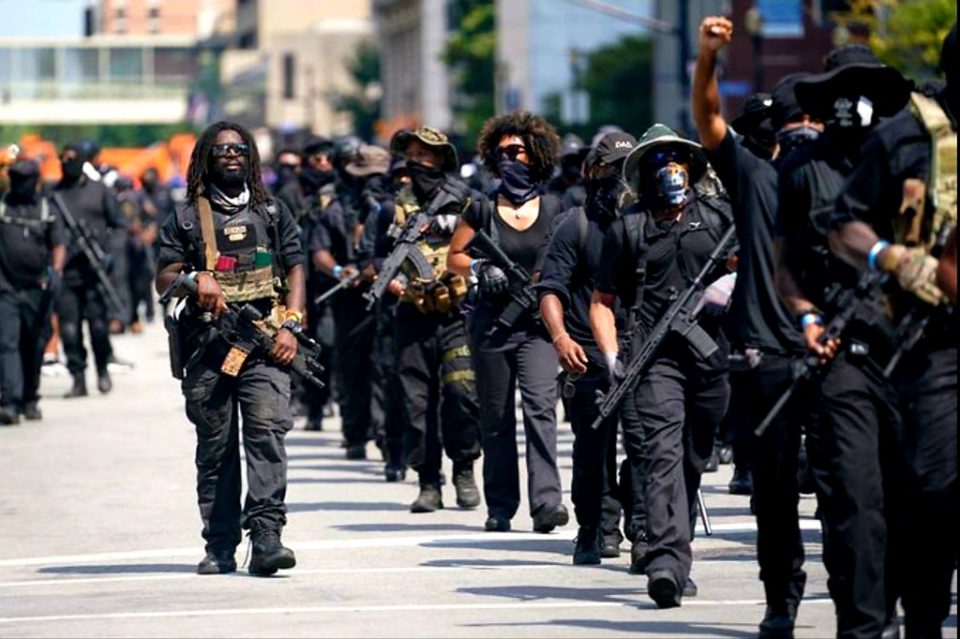 A group of heavily armed Black protesters marched through the streets of Kentucky Saturday afternoon, demanding justice for Breonna Taylor.

According to Reuters, a large group of protesters carrying assault rifles, shotguns, and dressed in black paramilitary gear walked in formation to a fenced-off intersection where they were separated by police from a smaller group of armed counter-protesters.

The group, called the NFAC, is demanding justice for EMT worker Breonna Taylor, who was killed in her bedroom when four cops entered her home without identifying themselves and opened fire.

The police entered Taylor’s home with a no-knock warrant as part of a drug investigation. However,  the person police were looking for was already in custody and didn’t live at the residence. One cop has since been fired, but none of the officers involved have been charged five months after the incident.

John “Grandmaster Jay” Johnson, the leader of the NFAC, said the group’s march was an effort to push officials to speed up the investigation and to make it more transparent.

“If you don’t tell us nothing we going to think you ain’t doing nothing,” Johnson said in a speech, according to the Louisville Courier-Journal.

The group also participated in a march on July 4 at Stone Mountain Park in Atlanta, Georgia demanding the removal of the giant Confederate rock carving that civil rights activists consider a monument to racism.

Taylor’s death became a story again after the death of George Floyd. The two have become a symbol in the resurgence of the Black Lives Matter movement. Their deaths have led to nationwide protests and put a new light on police brutality.

In the aftermath of Floyd and Taylor’s deaths, several cities have begun to pull funds from police budgets and diverted them to social causes such as drug addiction and homelessness. Although the protest Saturday was peaceful, three members of the group were hospitalized when a gun was accidentally discharged. 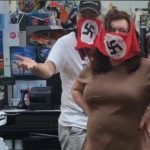 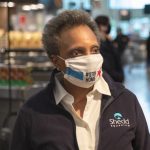