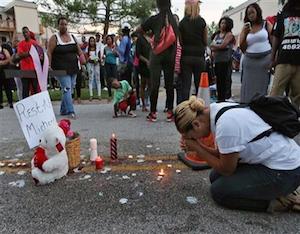 Following the aftermath of the Michael Brown shooting, the people of Ferguson, Missouri have felt rising anger and frustration for months, leading to several protests for change. On Tuesday April 7, the City Council became racially balanced–with a 30% higher than average turnout–where it was decided that two African American candidates would now be a part of the six-member City Council. In addition, Ella Jones became the first black woman to ever sit on the Ferguson council, winning 49.76% of the vote.

Both Jones and Wesley Bell, who won the Ward 3 seat, said they did not see their victories from a racial perspective. Jones stated, “My job is to be that catalyst so we can put a new face on Ferguson.â€ Bell has a background in law and previously taught criminal justice. He has deemed community policing his top priority and intends to be deeply integrated in hiring a new police chief.