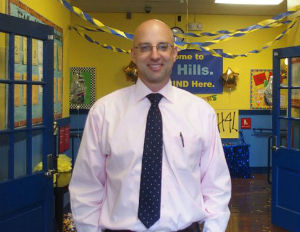 Do you think they are jumping the gun?

[The ASD] is only three years old, so I think limiting it at this point is a little premature. We’re talking about schools that have in some cases been struggling for decades. To expect folks to come in and fix it in two years is a bit unrealistic. If it were that simple, it would’ve happened already. This is hard work, and I think we need to honor the folks who have raised their hands and said, ‘You know what? I want to go into schools and work with some of the most vulnerable kids in the state.’ We need to give the teachers and leaders in the building the space and time to be successful. For us, that means three years.

I would also point to the progress already happening. Look at the progress in the iZone schools and the ASD schools over the course of the last two years. Look at the energy around the philanthropy and the investments that are happening in priority schools across Memphis. Look at the talent partners that are coming to the city and getting involved in this work. So I think there’s enough to point to and say, ‘Let’s give this time.’ I’m really optimistic. I’m more optimistic now than I was even before we started. Not only areÂ we making progress, but we’re already seeing a lot more kids in a lot more schools achieving at a much higher level than we’ve seen before all of this started. There are 4,500 fewer students attending priority schools today than there were just two years ago because of the collective effort happening in Memphis. And I think that the pressure we’re putting on the system and the pressure we’re putting on ourselves is making everybody better. It’s hard at times, but it’s making everybody better and kids and families are benefiting as a result.

If you could do it over again, would you pick the goal of taking schools in theÂ bottom 5% to the top 25% within five years?

I think it’s the right goal. And here’s the reason: I think that if we were to go back in time, had we not stuck our flag in the ground at the top 25% in five years, then we could’ve defined success in a lot of different ways. We could’ve said the ASD is successful if we get our schools out of the bottom 5%. We could’ve gotten a school in the bottom 7% and declared victory. To me, a school that’s off the list but still in the bottom 7% or bottom 10% is not a school that’s really preparing kids and giving them the kind of education they deserve. For us, this is about [setting] a goal that is ambitious, noble, and that’s going to get our schools to a point where any one of us would send [our children] there. I’m sure that in five years, if not every single one of our schools hits this mark, we’ll pay a price. But I also know that by us setting that benchmark, we’re pushing ourselvesÂ and the district much harder than if we said we’re just going to get out of the bottom 5%.

How would you describe your relationship with Memphians?

I think it’s a complicated relationship. And I think it’s a growing relationship. In the work that we’re doing, we’ve really tried to honor Memphis and Memphians, especially when you get away from the headlines in the media and you talk to parents at our schoolsÂ and you hear stories about how much better they feel about their school as a result of this work. Building relationships takes time. The analogy I always use is that microwave food is never as good as home-cooked food. Relationships work the same way. You can’t come in and microwave relationshipsÂ and have them be meaningful in just a couple of years. Building strong ones takes time. What I hope we’re demonstrating is that we’re going to keep showing up and we’re going to keep having conversations about this work and how we get better. And yes, there will be times when we make a mistake. We said when we started this that it isn’t going to be perfect. Most importantly, when we do make a mistake, we’re going to say we screwed up and we’re going to learn from it and get better.

To be clear, my expectation isn’t that parents are going to jump up and down and say “Yay, ASD.â€ at the very beginning of this process. I think a more realistic goal is for parents and communities to demand something better and to recognize that they deserve better than what’s been happening in their schools. What we’re saying is we’re going to work hard at this and we need to be held accountable too. And if we’re not getting the job done, we need to be held to the same standards we’re holding local districts to.Â To me, that’s a fair request.

Nominate a BE Modern Man 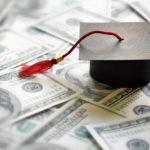