Jeff Taylor from the Charlotte Hornets Arrested for Domestic Violence 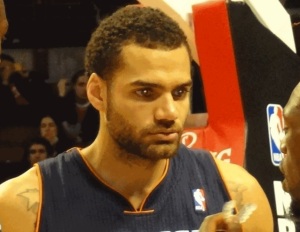 No punishment has yet been set. The team has stated, “The Charlotte Hornets were made aware of the incident involving Jeffery Taylor early this evening. The organization is in the process of gathering more information and doing our due diligence.â€

This news comes at a bad time for the NBA, which just started the climb to the new season with media days planned today. NBA Commissioner Adam Silver recently spoke about the news of domestic violence in the NFL, saying, “We learn from other leagues’ experiences.â€ He told the Associated Press, “We’re studying everything that has been happening in the NFL. We’re working with our player’s association. We’ve been talking for several weeks, and we’re going to take a fresh look at everything we do.â€

And then Jeff Taylor gets arrested on domestic violence charges. The timing could not have been worse.