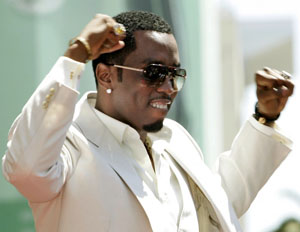 Brand baron Sean “Diddyâ€ Combs is adding yet another venture onto his extensive, multi-million dollar empire. Combs is expanding his brand with the launch of a music-themed cable network, according to a report from Broadcasting & Cable.

The new channel, Revolt, will launch on Dec. 12 and be distributed via Comcast. Â The entertainment mogul is reportedly working alongside former MTV programming executive Andy Schuon on the music/music news channel.

The deal comes nearly a year after the cable provider announced it would solicit proposals for “independent channelsâ€ as a promise to the Federal Communications Commission to help launch-minority-owned networks. Comcast plans to launch 10 over the next eight years, including four under African-American control, two being majority Hispanic-owned and two being operated by American Latino programmers.

Combs is no stranger to television. He launched a bevy of branded series for MTV, including three successful iterations of Making the Band, a spinoff, Making His Band, and P. Diddy’s Starmaker, as well as VH1’s I Want to Work for Diddy, a series documenting the tycoon’s search for an assistant. The entrepreneur has also made appearances on several shows, from CSI: Miami to Entourage.

With Bad Boy Records, marketing firm Blue Flame, clothing lines Sean Jean and Enyce under his belt and the Diageo vodka deal, Diddy is making a pretty penny–or more like plethora of cash–with an estimated net worth of $500 million.