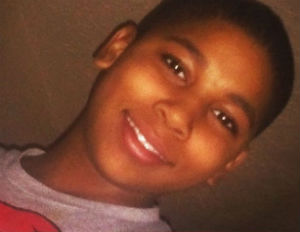 According to reports, a police officer who shot and killed a 12-year-old Cleveland boy will not face criminal charges. Neither will the officer who was with him.

“Given this perfect storm of human error, mistakes and communications by all involved that day, the evidence did not indicate criminal conduct by police,” McGinty said.

Loehmann, an officer-in-training, shot Rice on Nov. 22, 2014. Garmback was training him.

“It is likely that Tamir, whose size made him look much older and who had been warned his pellet gun might get him into trouble that day, either intended to hand it over to the officers or show them it wasn’t a real gun,” McGinty said. “But there was no way for the officers to know that, because they saw the events rapidly unfolding in front of them from a very different perspective.”

The prosecutor said that aÂ recent FBI video analysis showed Tamir “was drawing his gun from his waist as the police slid toward him and Officer Loehmann exited the car.” It turns out, officers found out after the shooting that the gun was a toy pellet gun.

In a statement released Monday night, Rice’s family accused the prosecutor’s office of mishandling the case.

“Prosecutor McGinty deliberately sabotaged the case, never advocating for my son, and acting instead like the police officers’ defense attorney,” the statement said. “In a time in which a non-indictment for two police officers who have killed an unarmed black child is business as usual, we mourn for Tamir, and for all of the black people who have been killed by the police without justice. In our view, this process demonstrates that race is still an extremely troubling and serious problem in our country and the criminal justice system.”

Activists and watchers of the case are also outraged at the news with some across the country taking to the streets to protest and advocate for reform.

12 years old and playing outside. Like your kids do. Like my kid does. . Gunned down for nothing. . Justice for Tamir Rice.

Prosecutor suggests Tamir Rice looked older than 12 years old. Odd detail, as being older than 12 is not grounds for using deadly force.

https://t.co/6qg1ySA10B closes comments on Tamir Rice coverage, unable to keep up with the volume of racist garbage https://t.co/9253O0pcV7.

The shooting of Tamir Rice should raise questions for *police*: What are you actually trying to do? https://t.co/LlTj5RZiEn

The cop who killed #TamirRice fully expected to be treated ‘innocent until proven guilty’ yet was Tamir’s judge jury and executioner.

Protesters are marching their way through New York City in solidarity with #TamirRice https://t.co/NTFuXrV4EX.

Justice was NOT served! This was a tragedy and my hearts continues to break for little Tamir’s family! #TamirRice ðŸ'”