Can Democrats Stay Angryâ€Šâ€”â€Šand Get Smart About Capitalizing on Trumpâ€™s Innovation Gap? 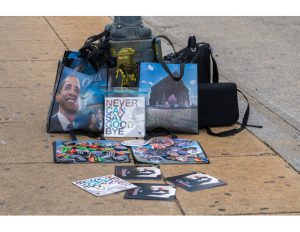 This is an excerpt from a Medium blog post written by Demetria Gallagher, formerÂ Senior Advisor for Policy and Inclusive Innovation at the U.S. Department of Commerce under the Obama administration.

Last week, the Atlantic Council released a new report with five recommendations to help the United States keep its innovation edge in fast-paced, technology-driven markets. With tech-oriented start-ups sprouting across the world even as America’s new president, Republican Donald Trump promises to revive 19th Century sectors such as coal and fossil fuels, economists are asking: Can America continue to be the world’s innovation leader?

The Atlantic Council’s report on U.S. innovation seeks to answer this question by highlighting an important advantage that America holds over other nations – our diverse population.

One of the key objectives of the Atlantic Council report is emphasizing the significance of engaging more citizens, especially women and minority groups from all regions of the country, in America’s innovation ecosystem. The Atlantic Council report indicated that by embracing inclusion in entrepreneurship, investment, and workforce development, federal, state and local job-creation policies can see gains well into the future.

The findings also highlight a truth that cuts to the heart of current electoral politics: workers, innovators, and entrepreneurs across ethnic lines have more in common than they do in difference, namely, the desire to work in vibrant industries of the future, earning a livable wage in reasonably safe working conditions.

The Atlantic Council’s findings may not penetrate the day to day experiences of most working Americans, but for anyone involved with, or interested in sustainable job creation, knowing the facts about former President Obama’s innovation legacy is vital. And, understanding how the U.S. demographic profile also contributes to robust entrepreneurship and innovation can favorably turn the tide of public awareness.

Columnist Frank Rich recently argued in a much-discussed essay for New York Magazine that liberals should abandon the so-called “Forgotten man, white working-class “Rust Belt” voters who supported Trump in part due to Trump’s promise of reviving the coal mining industry. He also suggested that Democrats who feel anger about Trump’s policies, and about former Obama voters who switched to supporting Trump in 2016, should “hold on” to their anger.

While I don’t necessarily agree that “Rust Belt voters” should be abandoned, I do agree that liberal Democrats can benefit from being angry – and also by focusing on America’s demographic advantage in regard to the growing importance of inclusive innovation in spurring economic growth.

A strategic approach is needed, one combining both passion (as a version of anger), accurate facts, and which is communicated clearly and loudly. This strategy will expose the lie at the root of Trump’s retrograde economic policy proposals.

Just as the Town Hall meetings in congressional districts during February nationwide showed that wide swaths of American voters were galvanized to prevent the destruction of Obamacare, liberals and progressives can now leverage and promote the 44th president’s visionary approach to job creation in America. At the core of President Obama’s vision was affordable higher education that emphasized STEM fields, and encouraging corporations to foster entrepreneurial cultures, and an innovation mindset.

President Obama’s departure shouldn’t slow the momentum that was already building in this direction. Industry data and statistics on technological and STEM-related innovations that are changing global economies were gathered, analyzed, and transformed into actionable programs by President Obama and his key cabinet secretaries.

Democrats should boldly and frequently cite the gains made by President Obama on these items.

Demetria Gallagher excels as a national leader at the intersection of disruptive innovation, social impact and entrepreneurship. During the Obama administration, Gallagher served as a White House Appointee at the U.S. Department of Commerce. As Senior Advisor for Policy and Inclusive Innovation, she created the Inclusive Innovation Initiative (I-3), a national outreach effort to increase the participation of minority-serving institutions and minority-owned enterprises (MBEs) in the network of 300+ federal labs.

In 2016, she was a speaker at Black Enterprise‘s TechConneXt Tech Summit in San Francisco. She holds a Bachelor’s Degree in Sociology from the University of Illinois at Urbana-Champaign and a Master’s Degree in Sustainable Urban Planning. She participated in the Social Impact Investing Program at the University of Oxford. Her specific interest is in advancing real estate investment in disadvantaged areas by promoting social impact and inclusive entrepreneurship programs. She resides in Washington D.C. Follow her on Twitter: @Demetria05