Digital Banking Platform for Black and Latinos Partnered with Mastercard

In case you are unaware that a digital banking services platform for Black and Latino individuals and businesses exist, Greenwood is a name to remember. According to its website, Greenwood’s founders are civil rights leader and former ambassador Andrew J. Young; rapper and activist Michael “Killer Mike” Render; and Ryan Glover, who is the founder of the Bounce TV Network. According to a press release, spending and saving securely through the use of best-in-class banking services, in addition to ways to support Black and Latino causes and businesses innovatively, can be achieved through Greenwood’s offerings.

Greenwood, which offers modern banking, is on the move. The press release mentioned that the mobile banking platform recently selected Mastercard as its network of choice for its first debit card.

On Facebook, Mastercard was thanked for supporting  Greenwood’s mission. Sherri Haymond, executive vice president of Digital Partnerships for Mastercard, explained some of the reasons why Greenwood received support.

“By supporting the financial needs of individuals and businesses within communities of color we can help foster a cycle of prosperity. Greenwood and Mastercard share a commitment to creating a path to wealth creation by delivering financial solutions and resources that address systemic barriers and advance economic empowerment,” Haymond said in the press release.

She also remarked that families of color experience greater financial insecurity, because of systemic barriers in financial systems.

Where did the name Greenwood come from? Greenwood’s website further explains that the mobile banking platform was inspired by the early 1900’s Greenwood District. It was a place where Black businesses thrived and wealth recirculated.

However, The Oklahoman expounds on a disturbing time that is not yet known by everyone, although the 1921 Tulsa Race Massacre is now recognized as one of the worst acts of racial violence in American history. In the article, The Oklahoman explained that during the event, mobs of white residents attacked, set aflame, and ultimately destroyed the Greenwood District. At the time, the location was one of the wealthiest black communities in the U.S. It was also known as “Black Wall Street.”

Thus, the symbol of Black economic empowerment is being revived through various platforms and initiatives, including through Greenwood, and partnerships offered by companies like Mastercard. The press release also explained that unique financial education tools, including a daily podcast, will be offered through the partnership to help provide knowledge and opportunities that address the racial wealth gap. 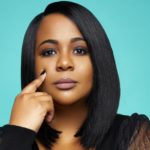 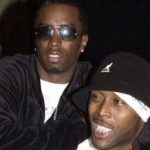