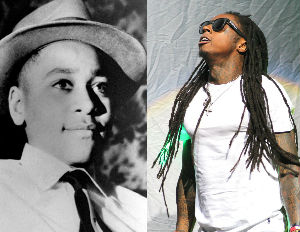 As the Till family immediately spoke out against the song and its lyrics, and requested an apology from the Young Money leader, Epic Records chairman and CEO, L.A. Reid personally reached out to the family to express an apology on behalf of the record label.

Now, nearly three months after the incident, Emmett Till’s family has received what they say to be a less-than-apologetic letter from the multimillion-dollar rapper, and PepsiCo has since decided to release Lil Wayne from his contract with Mountain Dew product. Thus, the family is requesting a meeting with the New Orleans-born MC and representatives from PepsiCo “to discuss their commercial partnership,â€ says thegrio.com.

According to the NBC New publication, “A publicist for the Rev. Al Sharpton says he is attempting to arrange a meeting between the parties to work out differences over Wayne’s vulgar reference to Till in a song lyric.â€ While Wayne’s letter offered “corrective measures regarding the offensive lyrics,â€ there was no actual apology written in the letter to the family.

Airickca Gordon-Taylor, founding director of the Mamie Till Mobley Memorial Foundation, told thegrio.com, “I think that he’s kind of been pressured or he’s been admonished to make a statement to the family because of the ongoing negative publicity and attention, and the pressure we’ve put onto his endorsement with Mountain Dew,â€ she said during an interview from Chicago. “I feel like it was an acknowledgment. He has finally, publicly acknowledged the ongoing outcry. It was not an apology. … However, I think it’s a start. I think the door is now open for us to have a sit-down, to have a dialogue.â€