Since saying goodbye to the set of Family Matters in 1998, Kellie Shanygne Williams has made her share of television appearances and acquired a handful of movie roles. Exactly four months after bidding her TV family farewell on the small screen, Williams reappeared on Moesha for the second time, November 17, 1998. After that she made several recurring cameos on some of UPNâ€™s (now the CW) primetime lineup including, The Parkers, Eve and Girlfriends. In 2005, the woman once known to the world as Laura Winslow took a role in the Usher dance/romance flick, In The Mix (2005) as Cami. Four years later, Williams returned to the big screen as Cee Cee in Steppinâ€™: The Movie (2009), alongside former cast mate, Darius McCrary.

Itâ€™s said that the Washington D.C.-born actress started an organization called the Kellie Williams Program in 2006, giving young students in the chance to produce a TV show for Comcastâ€™s local On-Demand channel in her hometown. In 2007, Williams was recognized by the Educators Serving the Community Awards for her program. Unfortunately, the Capitol-based organization is no longer active.

After giving her now husband, Hannibal Jackson, the ultimatum of making her his girlfriend in 2003â€”the two met and spent ample time together, and two weeks later Kellie said, â€œYou're either my boyfriend, or this is the last time we're going to talk."â€”the God-fearing couple walked down the aisle of Ebenezer AME Church in Fort Washington in 2009. Williams and Hannibal now have two children. 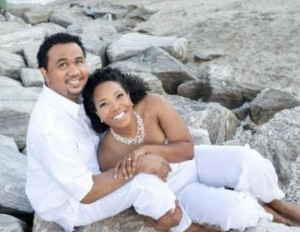