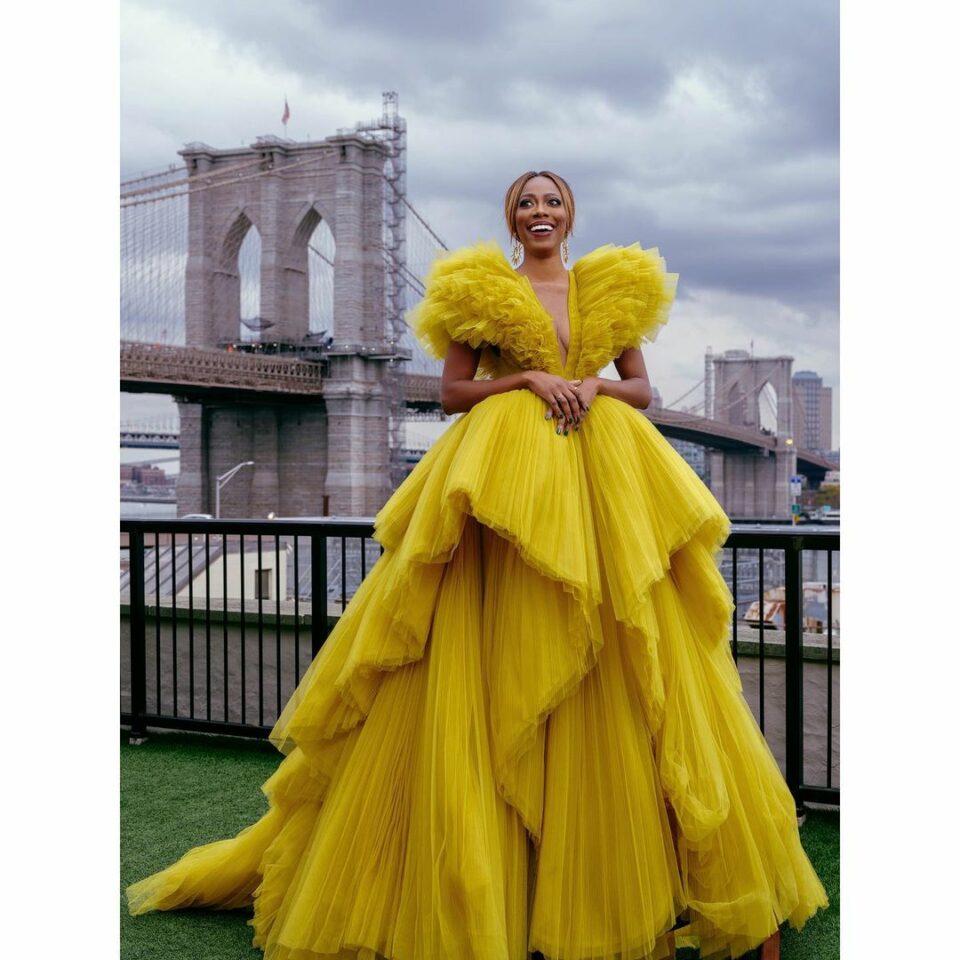 Just two weeks after fans said goodbye to Mollie Carter on Insecure, HBOMax has released the trailer for Yvonne Orji‘s next project.

The actress and comedienne is set to host the streaming service’s latest reality series, a dating show called Your Mom, My Dad. According to Variety, the show stars a cast of single parents nominated to participate in a dating experiment by their college-aged children.

The men and women move into a house called “Second Chance Retreat,” where they participate in challenges and activities similar to those in shows like Ready to Love or The Bachelorette. The twist in this premise is that, while the parents get to know each other in hopes of finding love, their children have also moved into a house together down the street.

Thanks to a screen wall, introduced by Orji in the trailer, the children are able to meddle in the matchmaking process, offer advice and even get to see their parents in a different light.

My Mom, Your Dad premieres on January 13.

The new series marks Orji’s third project with HBO. In 2020, she released the special Momma I Made It, which saw her not only performing stand-up in DC, but also discussing her Nigerian-American upbringing and returning to her parents’ home in Nigeria.

This is also not her first time hosting a streaming special. Orji closed out 2021 as host of the second edition of Prime Video’s Yearly Departed, a year-in-review program in which the major events of 2021 are remembered through a series of televised eulogies.

Since rising to prominence as Issa Rae‘s best friend on Insecure, Orji has also gone on to add movies to her filmography, including a starring role in last year’s Vacation Friends alongside comedian Lil Rel Howery and wrestler John Cena.

The actress also released her first book last year, a part-autobiography, part-self help book titled Bamboozled by Jesus: How God Tricked Me Into The Life Of My Dreams.