Idris Elba on Popularity: "Itâ€™s Hard to Feel Like a Sex Symbol" 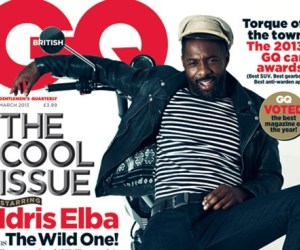 In the current issue of GQ British, actorÂ  Idris Elba speaks on a number of topics.

Being a sex symbol, comes up, as he is considered to be the epitome of cool for “The Cool Issue.â€

“The irony is I wake up every morning, look at myself in the mirror and think, “Whoa, I look like a piece of s–â€,â€ he revealed. “You watch yourself age and it’s hard to feel like a sex symbol.â€

Read about it on Dr. Jay’s Live