Meet The Only Female Stock Broker On Wall Street 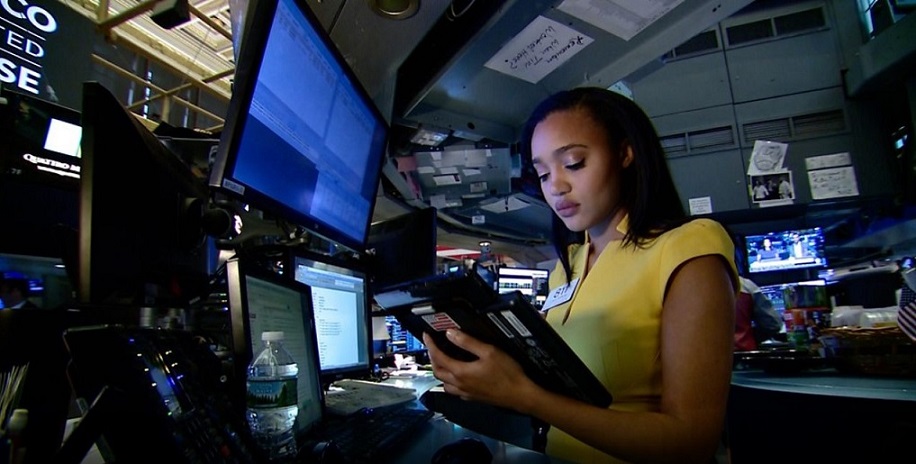 Lauren Simmons is the only full-time female employee currently working as a stockbroker on the floor of the New York Exchange. She is also one of a few women in history to occupy a trading role, and according to the BBC, she joins a short list of women who have signed their names in the book containing the constitution of the New York Stock Exchange alongside the likes of John D. Rockefeller.

Simmons, 23, graduated from Kennesaw State University in 2016 with a bachelor’s degree in genetics. According to her LinkedIn, she worked as a supervisor at Six Flags in Georgia while in college and interned at Woodstock Clinical Treatment Center where she “created an innovative version of the center’s resource manual” and a budget sheet of $300,000 after analyzing past expenses. She also interned at Nordstrom before joining Saks Inc., where she worked for six months before joining Rosenblatt Securities last year.

“I fell in love with the numbers and the fast movement, and the men in the trading jackets and everything was moving so fast and I’m loving it,” she told BBC’s Joe Miller.

Richard Rosenblatt, founder and CEO of the boutique securities firm who hired Simmons last year said he’s confident “she won’t be the last.” Although artificial intelligence is fast replacing humans on how stock portfolios are managed nowadays, the floors of the New York Exchange is still overwhelmingly dominated by men.

“Trading in a trading crowd was a very physical thing,” Rosenblatt, who has been a broker since 1969, said. “You and I would look at each other and try to figure out: How big an order did we have? How nervous did you look? How aggressive were you going to be?”

It didn’t attract a lot of women back then, he said.

Even today, people still marvel at the job Simmons does in a male-dominated environment.

“They are like you’re a woman, and you are 23, and you are a minority,” Simmons said. “What are you doing, how did you get this job?”

Simmons remains the only full-time female broker on the floor despite Rosenblatt’s attempts to recruit others, according to the BBC.

“We just hired a new person not too long ago and in the interview process, there weren’t that many female applicants, because they weren’t applying,” Simmons said.

-Editor’s Note: This article originally published in May 2018 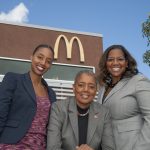