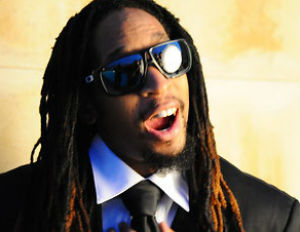 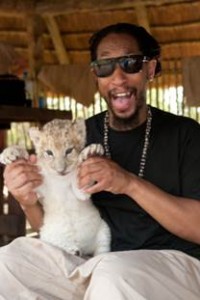 Many travelers regard a visit to South Africa as incomplete without having spotted, and perhaps photographed, the ‘Big 5.’ Originally used only by hunters, the term ‘Big 5’ refers to five of Africa’s greatest wild animals – lion, leopard, elephant, buffalo and rhino. The hunting era which coined the term “Big Five” is long gone, however, the term still conjures up the romance and excitement of Africa’s exotic destinations and experiences.

Lil Jon is the latest Ambassador to team up with South African Tourism to discover his very own “What’s Your BIG 5?â€ Â — a new campaign aimed at re-defining the proverbial “Big 5â€ of South Africa’s iconic safari animals to underscore the broad range of authentic and distinct experiences found only in South Africa. Â Lil Jon recently journeyed through South Africa’s most spectacular cities and provinces in search of his Big 5.

Imagine watching the sun set over the horizon whilst you capture the moment of a pride of lions stalking their prey or watching a buffalo strolling to a water hole with strength and size that makes it more likely to kill a human than any other mammal — this is the essence of enjoying South’s Africa beautiful ‘Big 5.’