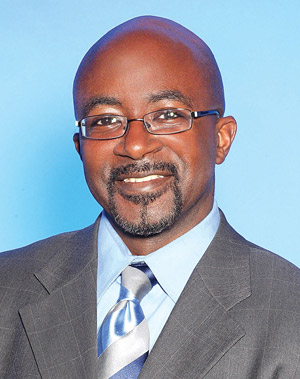 Alfred Edmond Jr. is Senior Vice President/Executive Editor at Large of Black Enterprise. He is a content leader, brand representative and expert resource for all platforms under Black Enterprise. Edmond is responsible for providing brand, marketing and content leadership as a member of the multimedia company’s senior management team, for major franchises including BlackEnterprise.com; the BE Modern Man digital campaign, and national professional development and leadership events such as Black Men XCEL.

Prior to accepting his current position, Edmond was Sr. VP/Multimedia Editor-at-Large of Black Enterprise, overseeing content and circulation marketing for the company, while also providing brand and content leadership across media platforms. From 2008 through 2010, Edmond held the position of senior vice president/editor-in-chief of BlackEnterprise.com, responsible for the development of the Website’s content, as well as the hiring and overall supervision of the editorial staff. In this position, Edmond played an important leadership role in the transition of Black Enterprise from print magazine publisher to a digital-first multimedia content company.

From 2000 through 2008, Edmond held the position of senior vice president/editor-in-chief of Black Enterprise magazine. During his tenure as chief editor of Black Enterprise (beginning in 1995 when he was named executive editor), the magazine’s circulation more than doubled to a rate base of 525,000 for 2008. In addition, the magazine earned nine Folio: Editorial Excellence (Eddie) Awards in the business/finance consumer magazines category, a Griot Award from the New York Association of Black Journalists, and more than a dozen other editorial and design awards under his leadership. An award-winning reporter and editor, he has been recognized by TJFR Business News Reporter as one of America’s 100 Most Influential Financial Journalists and was named to the Folio: 40 list of the most influential people in the magazine industry by Folio: Magazine in 2007.