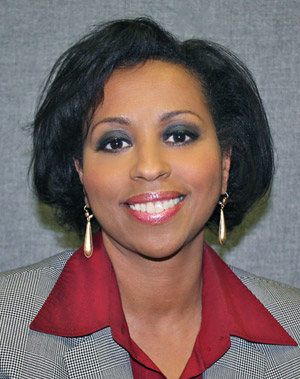 Genevieve Michel-Bryan is the VP/Broadcast Director at BLACK ENTERPRISE. In this role, she has executive oversight of content and the production of the company’s two television programs: Black Enterprise Business Report and Our World with Black Enterprise. Along with overseeing a cadre of correspondents, producers, writers and editors, Michel-Bryan is committed to ensuring that the BLACK ENTERPRISE brand of excellence is transferred to the screen.

Michel-Bryan joined BLACK ENTERPRISE in 2006. Previously she held a variety of

In 1990, Michel-Bryan launched GMB & Associates Inc., a company that produced public service announcements for various Fortune 500 companies, including General Motors, AT&T, Toyota, ABC/Disney, Fox Television Network, and The Children’s Television Workshop. She began her career as a production assistant with WNEW-TV’s Black News and then became an associate producer and producer with WNYW-TV’s The McCreary Report.

Michel-Bryan’s work has received consistent accolades. Between 1985 and 1990, Black News and The McCreary Report received the Communication Excellence for Black Audiences Award (CEBA). At NBC Nightly News, her work on the “Columbia Disaster” received the 2004 National Headliners Award for Best Newscast. In 2006, “The Katrina Effect” earned the Gerald Loeb Award for Excellence in Business Journalism. In 2010, both Black Enterprise Business Report and Our World with Black Enterprise were awarded NABJ “Salute to Excellence Awards.” Also, in 2010, the National Black MBA Metro New York Chapter named her Corporate Executive of the Year.

Michel-Bryan graduated from the City University of New York at Hunter College with a bachelor’s degree in communications and has completed advanced studies in Television Journalism and Production, and Writing for Television News from New York University. She also holds a Certificat de Langue et Literature Francaise from Universite de Paris IV at the Sorbonne, and a certificate in Diversity in the Workplace and in Management for News Executives from the Missouri School of Journalism.