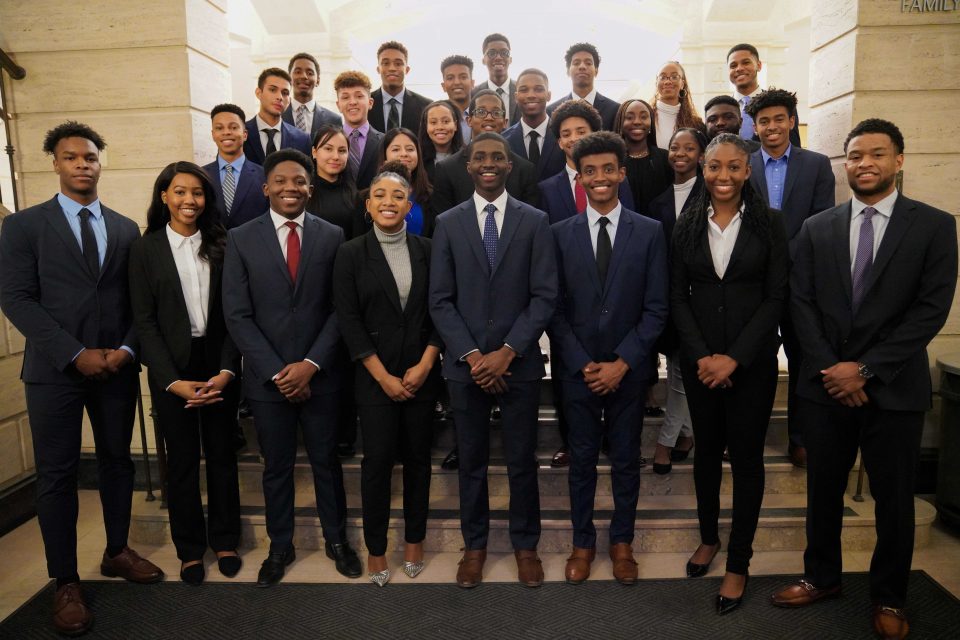 After noticing a lack of representation at Cornell University’s top finance clubs, Ermias Tadesse and Cheick Camara, two junior students at the Ivy League school, created a space to help diversify Cornell’s finance community and develop the next generation of Black and brown finance leaders.

Through research, Tadesse and Camara discovered that Black and Hispanic students make up less than 5% of the demographic in many of Cornell’s highly selective and coveted finance clubs. As a result, they were the only students of color in their respective clubs. The experience left Camara, who originates from Harlem, NY, feeling like “an imposter,” while Tadesse, a native of Alexandria, VA, says he didn’t feel “connected” with his organization. To help usher in more diversity, they created BlackGen Capital, Cornell’s first minority-owned investment fund, in November 2019.

“I was inspired to do this with Cheick because of the experiences that we had in our finance organizations at Cornell,” Tadesse told BLACK ENTERPRISE. “I was the only person of color in my finance club [which consisted of] about 30 or 40 students.”

Tadesse and Camara weren’t the only Black students interested in learning more about finance and networking with like-minded students of color.

“We sent out a survey to around 1,500 minority students on campus and we just saw an overwhelming interest for an organization that brings them all together in a space that they can learn about finance and financial literacy,” said Tadesse, a human ecology student studying policy analysis and management with a concentration in economics.

They also found that many Black and Latinx students interested in finance lacked resources, access to financial literacy, and the support needed to advance in the industry.

“We wanted to help bridge the gap between these talented Black and Hispanic students who were interested in financial services, but ultimately provide them with the pipeline, the bridge, and the community to help them do so,” said Camara, who is studying applied economics and computer science. “We actually made history as Cornell’s first minority-owned investment fund.”

Following a semester of recruitment, BlackGen Capital officially launched in the spring of 2020 and received 72 applications. The org accepted 24 members, or 33% of applicants, marking an exceptionally high acceptance rate compared to other exclusive finance clubs at the university, according to The Cornell Daily Sun. By the fall, the club grew to 64 members.

New members participate in a 10-week training program focused on financial modeling, investing, accounting, stock pitch analysis, and personal finance. The training program also covers a wide range of topics from resume building to venture capital to real estate. After completing the training, students receive an opportunity to pitch and execute investment ideas in four core industries: tech, consumer, healthcare, and energy. The student-managed fund is working to raise funds with the help of Cornell alumni, individual supporters, and corporate sponsors like Bank of America, HSBC, JP Morgan, and Bloomberg. The funding will then be used for investment.

In addition to gaining hands-on investment experience, Camara says BlackGen Capital has helped students secure jobs and internships with some of its corporate partners.

Along with Tadesse and Camara, who serve as co-presidents of the firm, BlackGen Capital has a 10-person executive board. Since joining the board in December as the vice president of marketing, Kellie Graves, a freshman studying applied economics and management, says BlackGen Capital has helped her gain a better understanding of finance.

“I knew little to nothing about finance,” said Graves in an email to BE. However, since joining the org, she’s learned how to perform a discounted cash flow analysis, comparable companies analysis, different calculations, and read a balance sheet.

“I joined BlackGen Capital because it provides me a financial education and professional development opportunities through the lens of its pillars–integrity, empowerment, philanthropy, and education,” she said. “BlackGen also inherently challenges the racial inequity in finance clubs at Cornell simply by existing and going against that status quo, which does not grant as many club opportunities to underrepresented minorities.” She adds, “the gap is not in talent; it’s in opportunities. BlackGen has begun to bridge that gap.”

Furthermore, Camara and Tadesse plan to help Black and brown finance students outside of Cornell by implementing BlackGen Capital at other schools around the country.

“In the future, we will be expanding to establish different chapters at other universities so that we could help spread the impact of BlackGen Capital,” said Camara. “That problem of diversity and lack of access to financial literacy is not exclusive to just Cornell. There’s a lot of different finance communities at other schools that also need a lot of help, and we think that we’d be in a great position to help provide value to so many other students.”