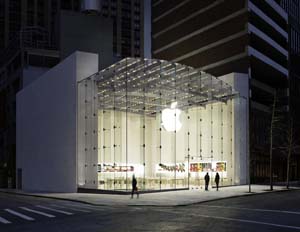 The worldâ€™s most valuable company is giving cash back to its shareholders (Image: Apple)

Apple’s pulling in more minority businesses to improve its image, make history, and spread the wealth.

A press release from Reverend Jesse Jackson’s Rainbow PUSH Coalition praised the company for including minority-owned financial institutions in its transaction. “Apple is making a major statement with the inclusion of minority financial services firms in this transaction is a major breakthrough for the business of diversity,â€ said Jackson. “The good news is that empowers minority firms, and is value added for Apple. “Williams Capital and Ramirez and Co. are experienced, top-flight firms with proven track records. We are delighted that they are participating in Apple’s debt offering. They are changing the flow of the river.â€

Williams Capital Group L.P., founded by Christopher J. Williams in 1994, is No. 2 in taxable securities with $14 billion in lead issues on the 2014 BE INVESTMENT BANKS list. In 2009. the firm was chosen to manage $1 billion worth of U.S. treasury and government agency securities by Goldman Sachs Group Inc.

The large scale business deal is another step in the direction of inclusion for minorities in businesses associated with the predominantly homogenous technology community. Apple’s primarily pale executive leadership has been much-maligned, as has the leadership of companies like Facebook, Twitter, and Google. In fact, BE noted that Apple was among 75 largest publicly-traded companies on the S&P 250 without an African American board member.

Some companies seem to be starting to make more of an effort to include minority businesses in its supply chain and diversify their workforce. Intel’s recent announcement that it would spend $300 million on improving its pipeline to create more opportunities for minorities at the company was a groundbreaking pledge that its CEO Brian Krzanich said he hopes will spur other technology companies into action.