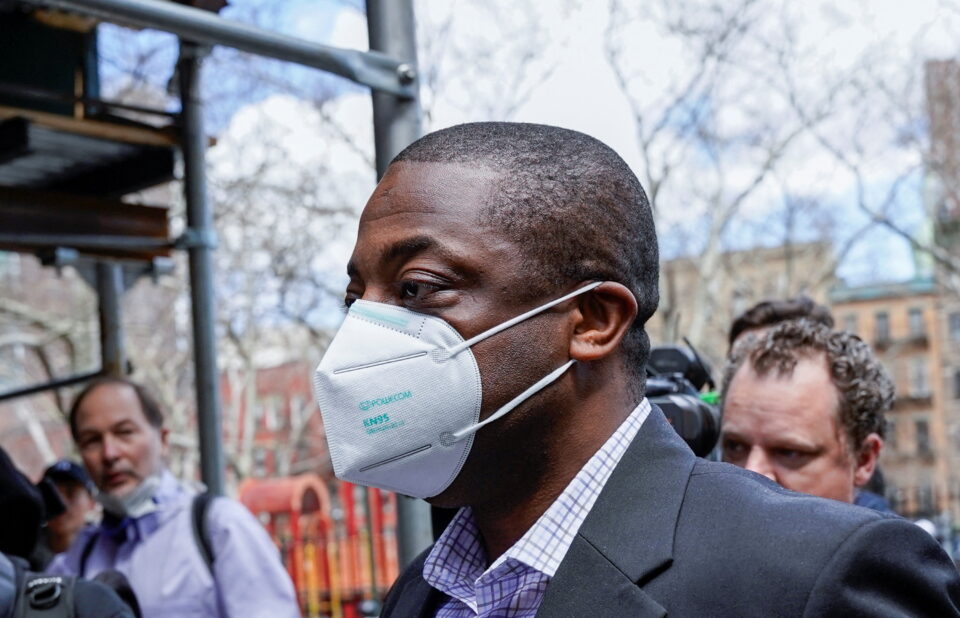 New York State Lieutenant Governor Brian Benjamin who has been arrested and charged with bribery and fraud for allegedly directing state funds to a group controlled by a real estate developer who was a campaign donor, leaves a courthouse in New York, U.S., April 12, 2022. REUTERS/Dieu-Nalio Chery

According to NBC News, Benjamin surrendered to authorities and is expected to appear in a federal court in New York City later Tuesday. Benjamin, who graduated from Brown University and Harvard Business School, spent most of his career in banking and affordable housing development before winning a State Senate seat representing Harlem in 2017.

His arrest comes after federal prosecutors and the FBI investigated whether the politician was knowingly engaged in a campaign finance fraud scheme. According to The New York Times, Benjamin is accused of conspiring to direct state funds to Harlem real estate investor Gerald Migdol in return for orchestrating thousands of dollars in illegal campaign contributions to his unsuccessful 2021 campaign for New York City Comptroller.