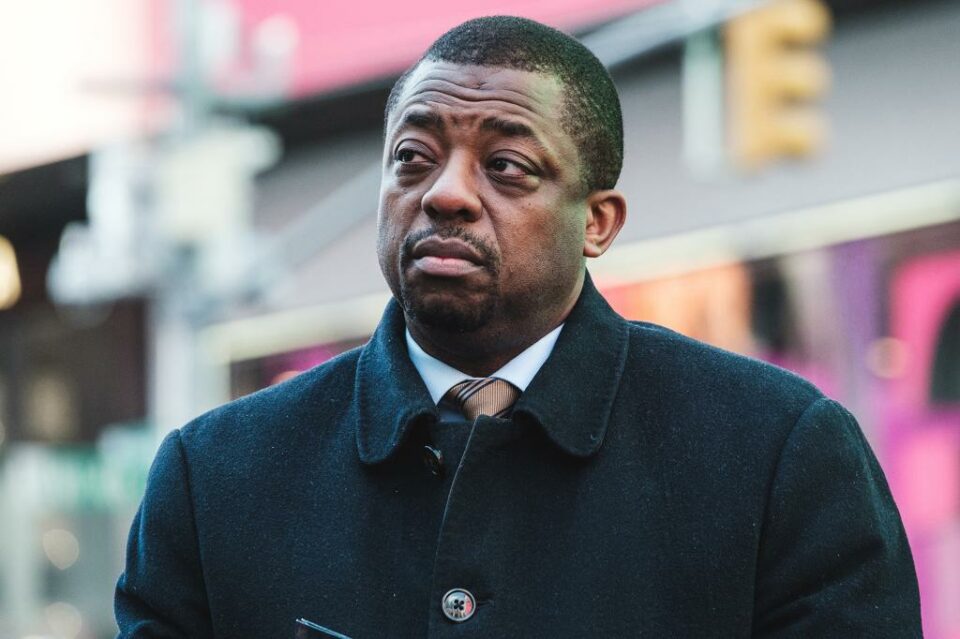 According to NBC News, Benjamin surrendered to authorities and is expected to appear in a federal court in New York City later Tuesday. Benjamin, who graduated from Brown University and Harvard Business School, spent most of his career in banking and affordable housing development before winning a State Senate seat representing Harlem in 2017.

His arrest comes after federal prosecutors and the FBI investigated whether the politician was knowingly engaged in a campaign finance fraud scheme. According to The New York Times, Benjamin is accused of conspiring to direct state funds to Harlem real estate investor Gerald Migdol in return for orchestrating thousands of dollars in illegal campaign contributions to his unsuccessful 2021 campaign for New York City Comptroller.

According to prosecutors, there is no evidence to suggest Hochul was aware of Benjamin’s dealings, which happened while Benjamin was a state senator. However, selecting Benjamin as her Lt. Gov. was among the first decisions Hochul made after becoming governor.

Benjamin will undoubtedly face pressure to step down from his position, but even if he does, he’ll likely remain on the ballot this summer when he faces Democrat Ana Maria Archila and Republican Alison Esposito. The only way Benjamin’s name can be removed from the ballot is if he moves out of state, dies, or seeks another office.

Investigators have been probing Benjamin for weeks, issuing subpoenas to the State Senate in Albany and to members of his comptroller campaign. According to multiple reports, Migdol has been cooperating with investigators and providing information after being arrested last year.

In a Grand Jury indictment dated last November, prosecutors said Migdol began steering thousands of dollars in fraudulent contributions to Benjamin in 2019, one month after he filed to run for Comptroller. According to prosecutors, the contributions were an effort for the state senator to tap into New York City’s generous public campaign matching funds program and secure him tens of thousands of dollars in additional campaign cash.

A Facebook photo from September 2019 shows Migdol giving Benjamin an oversized check worth $50,000 for the charity Friends of Public School Harlem. It’s unclear whether the funds were delivered to the organization.