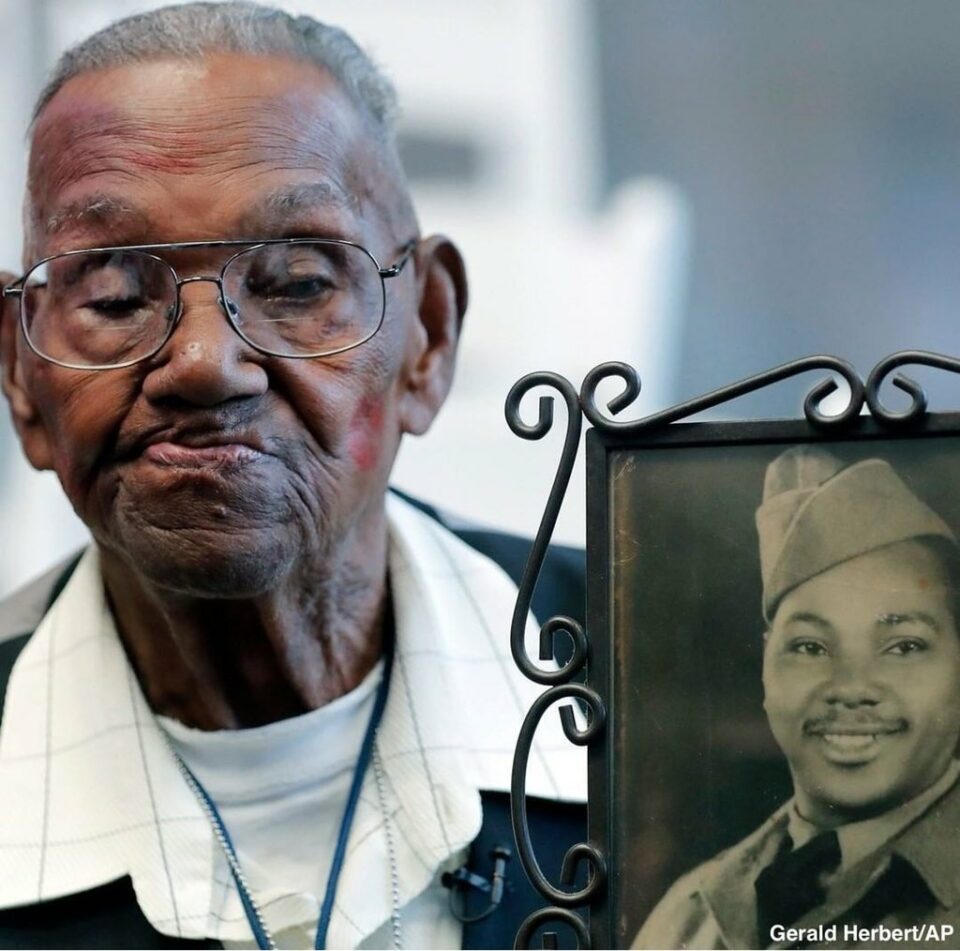 Lawrence Brooks, 112, only wanted one thing for Veterans Day, a military service uniform to replace the one he lost 16 years ago during Hurricane Katrina.

Brooks, a Louisiana native and the oldest living World War II veteran got his wish when he was presented with a reproduction of his WWII uniform and his old unit’s badge while he was at the New Orleans VA Hospital earlier this month.

Brooks was born in Louisiana in 1909 and was one of 15 children. The veteran’s family left the state for Mississippi to work in a small sawmill town during the depression.

The veteran’s health is declining rapidly, but Brooks wanted nothing more than to wear his old service uniform on Veterans Day. As soon as he saw the uniform he recognized the components of the summer service uniform he wore while serving in the Pacific theater including the insignia from the 91st Engineer Battalion, a mostly Black unit that served in Australia, Papua and the Philippines.

“This is it,” Brooks told the Military Times. “This is the uniform I wore in Australia.”

According to the Army’s former chief of military history, Richard Stewart, Brooks’ unit was awarded the Presidential Unit Citation for its service in Papua and the Meritorious Unit Commendation in the Asiatic-Pacific theater.

Brooks’ lost the ribbons signifying the awards along with his uniform in the 2005 storm. All the veteran has  from his service days is his military photo. The photo however contains several inconsistencies including  several stripes on his jacket despite never rising above the rank of private first class. When asked about it, the veteran explained it wasn’t his jacket.

“That was the officer’s coat,” Brooks told the Times. “The officers’ club had a big party. I had to wear the officer’s uniform to get in the club. They wanted to sneak me in.

Brooks served one year, was discharged in 1941 and was back working in New Orleans a few months later when the attack on Pearl Harbor happened and he returned to the service.

“There was no question,” Brooks said in one of his many oral history interviews. “They just came right back and got me again.”

Brooks celebrated his 112th birthday in September with his five children, five stepchildren, 13 grandchildren and 22 great-grandchildren.