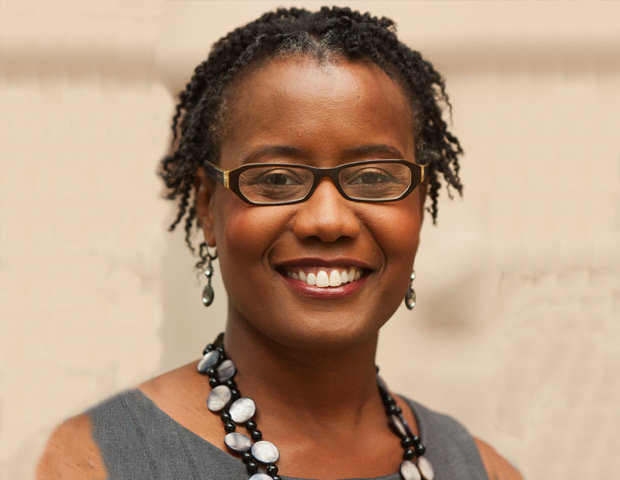 One panel I attended at the U.S. News & World Report’s STEM Solutions Leadership Conference, which discussed the need to make STEM diversity a national priority, left me feeling full of hope for grassroots efforts and impressed with the power of one person with a vision (the founder of Iridescent, see below). The panel Engaging Parents in Their Children’s STEM Education with panelists David Valladolid, president and CEO of Parent Institute for Quality Education; Arva Rice, president and CEO of the New York Urban League; and Tara Chklovski, founder and CEO of Iridescent addressed creative ways that parents and students can learn together, and much more.

Iridescent is a science and engineering nonprofit that works with low-income, minority students–preschool to high school–and their families to engage kids in STEM. Using a problem-solving, fail-often model, the global organization reaches 31,000 underserved students around the world with its family science programs, books that show how to make things, an engineering summer camp, and much more. Originally from India, Chklovski says on her website that in a developing country one cannot escape suffering and poverty. She founded Iridescent to show disadvantaged communities that there is a way out of poverty–and that way out is education.

The New York Urban League, led by Rice, addresses issues of employment and education. One of 98 affiliates of the National Urban League, NYUL holds a STEM Academy every summer; it also holds “empowerment days,â€ on which high school students visit particular sites to broaden their idea of professional employment. In addition, NYUL has released an important booklet, A Parent’s Guide to STEM, available at no cost for up to 20 copies or for download at NYUL’s website. It is essential reading, providing such information as how to get financial aid, debunking myths about STEM, and, perhaps my favorite, Cultivating a Love of Numbers, an article by a woman who flunked math and science classes through high school–and ended up becoming a professor of engineering. As I said, essential reading.

The Parent Institute for Quality Education, based in California, was started in 1987 when the organization’s founders approached parents of a predominantly Latino school in San Diego. The parents wanted to know how they could best support their children’s academic achievement. PIQE (pronounced PEA-cue) soon developed a program to help parents support their children’s school success. Now led by Valladolid, it has expanded throughout California and even as far east as Virginia. “We are replicating the model nationally,â€ Valladolid said. PIQE serves a diverse, though primarily Latino, low-income constituency. Valladolid says the organization has forged key academic partnerships to help eliminate barriers to access.

Be sure to explore these organizations’ websites. You may find information helpful in your own journey toward supporting STEM competence in the children you know.