Pharrell Joins The Apollo Theater's Board of Directors 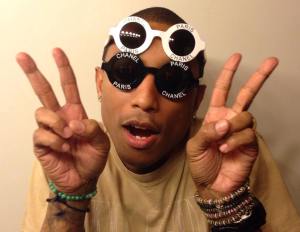 According to The NY Times, Pharrell Williams has joined the Board of Directors for the Apollo Theater in New York. With the latest addition, along with five corporate leaders, this expands its membership to 32.

“Pharrell represents the DNA of the Apollo board,â€ said Jonelle Procope, the theater’s president. “If the Apollo were an artist it would be Pharrell.â€

The new board members, who are joining Pharrell are Robert Kraft, chairman of the Kraft Group; Jason L. Matthews, a managing director at Goldman Sachs; Carolyn Minick Mason, a labor and employment lawyer; Charles Phillips, the chief executive of Infor, a software company; and Bronson van Wyck, an event planner.

One of the board’s projects is raising $20 million for its 21st Century Apollo Campaign, to support programming and education and update the theater’s facilities. So far, another $9 million is needed as about $11 million has already been raised.