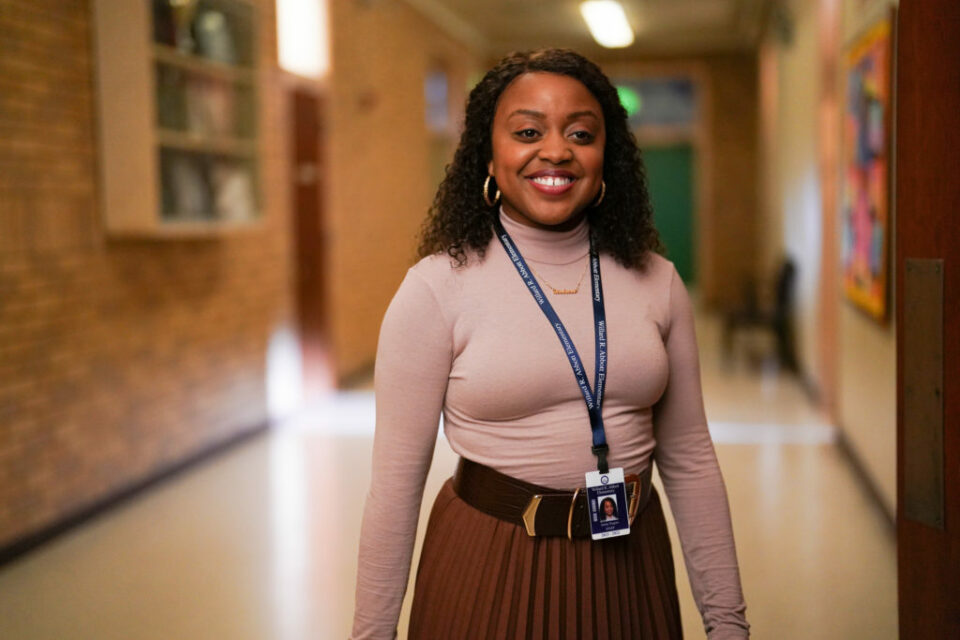 The hit ABC series “Abbott Elementary” may be fictional, but it’s making a real-life difference for teachers.

Quinta Brunson, star and creator of the sitcom, revealed in a recent interview with NPR’s Fresh Air, that the studio production team and ABC collectively agreed on allocating some of the show’s marketing money to help real teachers.

“We chose to put the marketing money toward supplies for teachers,” Brunson said. “It’s about being able to make those kinds of decisions that really excite me, things that can really materially help people.”

Brunson also opened about the inspiration behind the series, in which she plays a second-grade teacher at an under-resourced, predominantly Black elementary school in Philadelphia. She makes note that the school’s environment in “Abbott Elementary” is not unlike what her mother experienced. As the daughter of a teacher, she witnessed her mother work at a school for 40 years that lacked sufficient resources, but continued to love the job.

“Despite it getting harder, despite teachers not having all the support they need, despite kids growing even more unruly than they’ve been in recent time … she still loved the job,” Brunson said of her mom.”The beauty is someone being so resilient for a job that is so underpaid and so underappreciated because it makes them feel fulfilled.”

Additionally, the former “A Black Lady Sketch Show” actress explained to Fresh Air that she named the series after her 6th grade teacher, Ms. Abbott.

“I was scared to go into the real world or what I looked at as the real world at the time, and [Ms. Abbott] just took me under her wing,” she said of the educator, Mrs. Abbott. “She was an incredible teacher who put her all into it, making sure that her students felt special and were ready for the world.”

While this was absolutely amazing, and Surprising Xiomara was beyond words- I’ll continue to strive to make sure that all underfunded schools and classrooms are FULLY funded and that teachers like Xiomara are paid more ❤️@fundPHLschools is a great org working toward that goal!