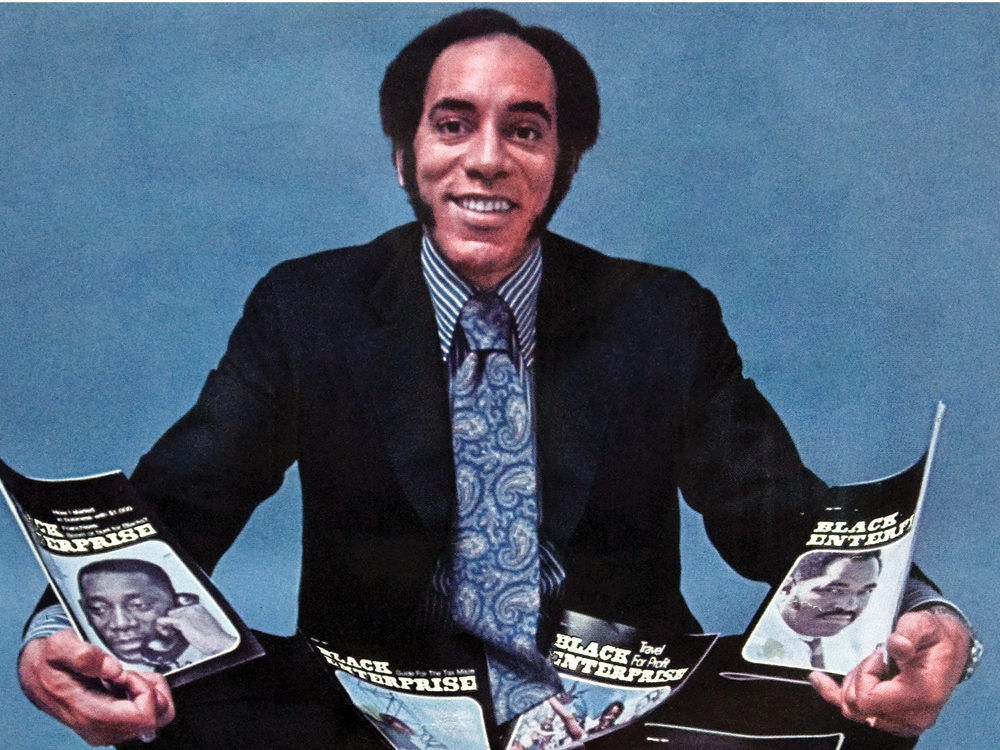 A number of leaders and organizations on Tuesday remembered the life and legacy of Earl G. Graves, Sr., a pioneering publisher, business titan, and activist best known for creating BLACK ENTERPRISE, a multimedia company that has inspired generations of black business leaders. Graves passed away Monday night at the age of 85 after a long battle with Alzheimer’s.

Launched in 1970, BLACK ENTERPRISE was the first magazine dedicated to the advancement of African Americans through entrepreneurship, financial literacy, and career development.

“When my father started BLACK ENTERPRISE, his vision was creating a publication that would provide how-to information for African Americans to be successful in business as entrepreneurs,” said Earl “Butch” Graves, Jr., who became the CEO of the media company in 2006.

“My goal was to show them how to thrive professionally, economically and as proactive, empowered citizens,” Graves wrote in his 1997 best-selling book “How to Succeed in Business Without Being White.”

Because of his tenacious drive and resolve, he secured advertising with companies like PepsiCo and General Motors and the magazine became profitable by its ninth issue.

“He was well-dressed, his presentation was polished, he knew exactly what he wanted to say, and he was determined,” said his son in the video below.

Prior to launching the magazine, Graves served in the Army and worked as an assistant for Sen. Robert F. Kennedy. In addition to his work in media, Graves ran the Pepsi-Cola of Washington, D.C., one of the nation’s largest soft-drink distributors owned by African Americans, between 1990 and 1998. He also served on the boards of major corporations like American Airlines, Daimler Chrysler, and Rohm & Hass. Furthermore, he used his platform to promote racial justice and support the presidential bids of Jesse Jackson and Barack Obama

He leaves behind three sons and eight grandchildren. His wife, Barbara Kydd Graves, who he largely credited for his company’s success, died in 2012.

Following the announcement of his death, several celebrities, leaders, and civil rights organizations expressed their condolences, including Magic Johnson, the NAACP, and Bob Johnson, the founder of BET and founder and chairman of The RLJ Companies.

“It is with deep sadness that I say goodbye to my friend and mentor, Earl Graves, Sr,” wrote Bob Johnson in  a statement. “Every black entrepreneur and every black corporate executive who reached the pinnacles of leadership in corporate America owe a salute and tribute to Earl.  Black Enterprise, under his founding leadership was, and still is, our bible; and its stories of our achievement are, in chapter and verse, our religion. “

Rest In Peace to a great business partner, role model, and friend, Earl Graves. Earl and I owned a Pepsi bottling franchise in Washington, D.C. and I enjoyed attending Black Enterprise’s Business Conference and the Golf and Tennis Challenge.

Thank you Earl for opening so many doors for young men like myself and teaching us business. Cookie and I send our love and prayers to his sons Butch, Johnny, and Michael and the entire Graves family.

Today we celebrate the life and legacy of businessman, entrepreneur, publisher, and philanthropist Earl Graves Sr., the founder of @blackenterprise. #RestInPower pic.twitter.com/69rNK6VJaY

I woke up to the news that Earl Graves, the founder of Black Enterprise & huge Black influencer passed. Graves was a true trailblazer for Black entrepreneurs & community empowerment. He made a real, measurable difference. Here’s a photo of Caroline Kennedy, he & I. pic.twitter.com/TO8XviCi15

Graves was not just a chronicler of Black businesses + entrepreneurs, but a leader & a role model for excellence in his own right. May he RIP 🙏🏾. pic.twitter.com/w7YoJCqqdd