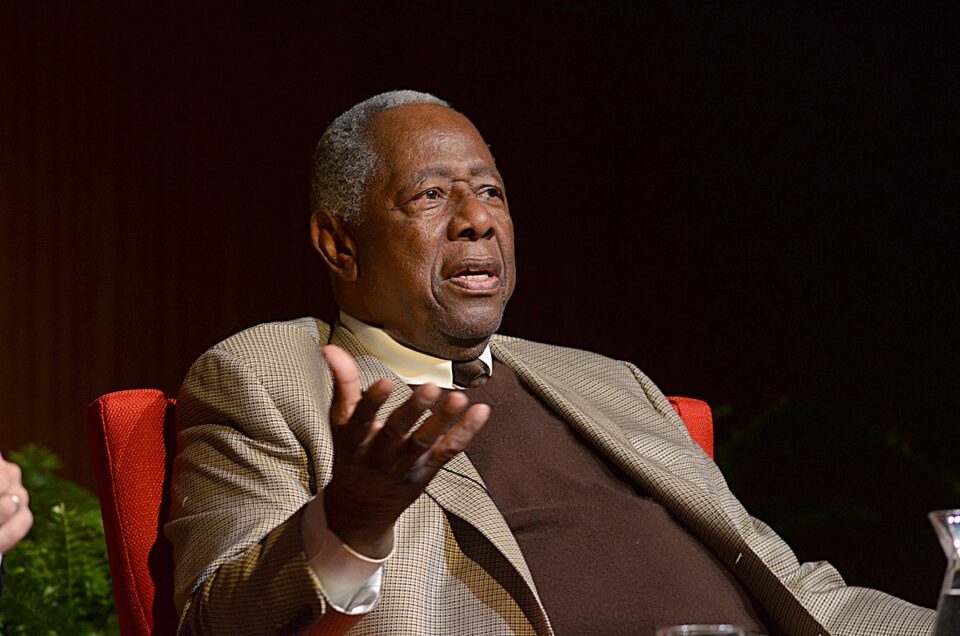 According to an MLB press release, the unique amateur development event serves as a youth-oriented, on-field diversity initiative that works to get high school-aged baseball players with diverse backgrounds to the next level of the game.

The invitational is named after Hank Aaron, who played 23 MLB seasons for the Milwaukee/Atlanta Braves and Milwaukee Brewers. Aaron was the 1957 National League MVP and World Series champion and broke Babe Ruth’s career homerun record of 714 in 1974. Aaron was also an entrepreneur, prominent civil rights figure, and an advocate of Black Americans taking the COVID-19 vaccine.

In addition to the training, attendees also received presentations on college eligibility and other information necessary for advancement in the collegiate and professional levels of the sport.

“The goal honestly is to get them to college, so they have the opportunity to play baseball in college or at least to build a career around baseball,” Atlanta Braves Senior Director of Community Affairs Danielle BeDasse said in a statement. “This (invitational) was his dream realized, and he worked for a long time to make sure there was more minority access to the league — not only on the field but in the front office.”

The top 44 players from the invitational’s second week were also invited to participate in a special showcase game at Truist Park, home of the Atlanta Braves, as part of an extensive “Hank Aaron Week” hosted by the Braves. Hank Aaron Week also included a variety of diversity and culture-focused initiatives, including business networking, education, and social justice.

One of the participants, Rashaad Glenn, a student-athlete at Archbishop Moeller High School in Cincinnati, Ken Griffey Jr.’s alma mater, said the Hall of Fame outfielder gave him some great advice.

“He was talking about advice he would give to his younger self,” Glenn told MLB.com. “He was [telling us] the game of failure, you have to bounce back from all that stuff and stay focused. The guys that put in 100% are the ones that are going to get 100% better.”

Players for the invitational were selected through a combination of several MLB programs, including the MLB Youth Academy network, Reviving Baseball in Inner Cities (RBI) program, the MLB, the MLB Players Association, USA Baseball, the Buck O’Neil Scouts Association, MLB Clubs & Scouts and individual active and former players and more.