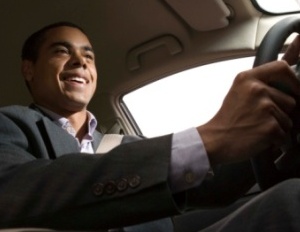 You can’t text and drive, but voice-to-text mobile apps like Siri have simplified communication on the go and, some even say, make the roads safer. But according to a recent study, voice-to-text apps, which assist many drivers sending text messages while on the road, don’t necessarily increase driver safety, Mashable reports.

The Texas A&M Transportation Institute study tested participants by placing them on a closed course, having the drivers go through using two mobile voice-to-text apps–Siri for iPhone and Vlingo for Android. Researchers first asked the drivers to go through the course without any mobile phone use. Then participants drove the course three more times, once using each of the two voice-to-text applications, and one texting manually on a phone.

Lead researcher Christine Yager discovered there were no noticeable differences between manual texters and voice texters; the manual texting and both voice texting apps were equally as distracting.