Whitney Houstonâ€™s Family Wants a Change in Will 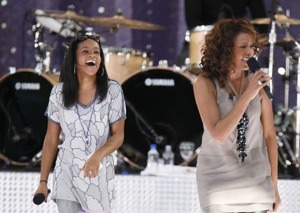 From The Hollywood Reporter

The executors of the Houston estate says, Bobbi “is a highly visible target for those who would exert undue influence over her inheritance and/or seek to benefit from respondent’s resources and celebrity.”

This comes several weeks before the premiere of the Lifetime reality show, The Houstons: On Our Own.

Check out the story at The Hollywood Reporter

FacebookTwitterYoutube
← Does Facebook Make You a Loser? ← The Obama’s Celebrate 20 Years of Wedded Bliss
×
'