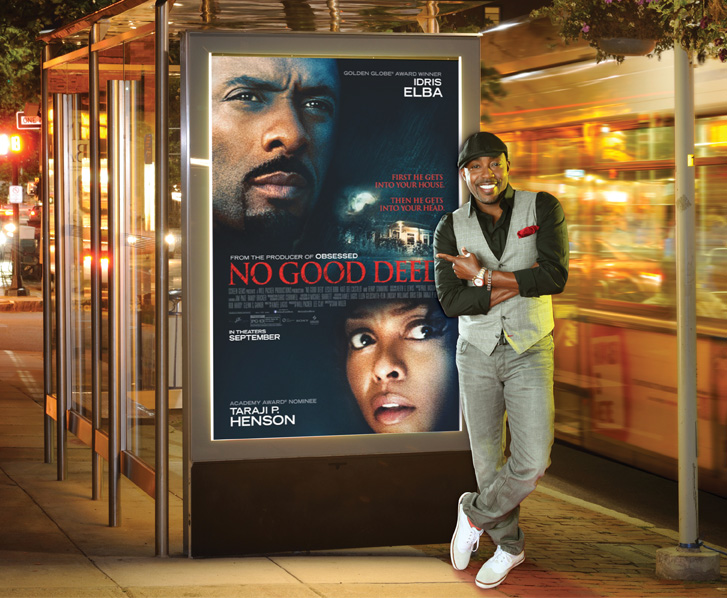 No Good Deed is a thriller starring Idris Elba and Taraji P. Henson that revolves around an escaped criminal who cons his way into the home of a former district attorney and devoted wife and mother. Projected to cost around $30 million, the movie is expected to recoup its production budget at the box office and to bring in around $15 million to $17 million during opening weekend. Packer talks about his Hollywood success in the September issue of Black Enterprise.

With any company you have to be able to ride out the tides and winds of change and to be ahead of the curve and to anticipate and react before your competitors. Film is no different. Hollywood is the most volatile industry out there. A move that works today may not work tomorrow. You must know how to leverage risk and your power within the industry to stay ahead of the curve.

No Good Deed is a film that almost didn’t get made. “It was in turn- around, which is the Hollywood term for purgatory,â€ says Packer. “It had been sitting around [on studio shelves] for years, because it didn’t have the right elements to get it made.â€

Once he became involved as executive producer and got his hands on the script, Packer knew what needed to be done–bring on board the right star talent. “I had a wish list for the movie and the first two names on it were Idris Elba and Taraji P. Henson,” says Packer. “We’re so fortunate that we got both of those people.” Both actors have starred in other Packer-produced films, Obsessed and This Christmas for Elba, and Think Like A Man and Think Like A Man Too for Henson.

By Hollywood standards the window of time it takes to make a movie from concept to fruition is two years. Packer madeÂ No Good Deed within a year of signing onto the production team. Filming of No Good Deed began April 2012 in Atlanta.

“Once I get involved with a film, the production window is relatively short,â€ he explains. “Although some projects like No Good Deed have had a long gestation period prior to my involvement, I have been fortunate that once I got involved, I was able to get those projects up and running and into movie theaters.â€