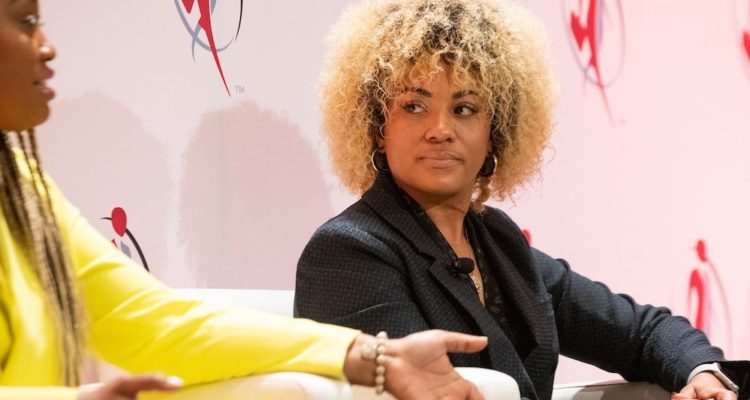 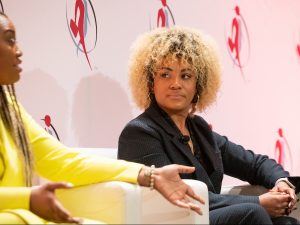 Black hair is always making headlines. Whether it’s being appropriated, appreciated, or policed, textured hair is an ongoing hot topic in national discourse. Nevertheless, many black women are embracing their natural tresses, flaunting their curls and fros in wake of the growing market for black hair products and a broad array of hairstyle options. But how are those choices really viewed in the workplace? And how does hair impact one’s personal brand, career advancement, and even performance?

During a panel discussion titled “Hair Politics in the Workplace” at the BLACK ENTERPRISE Women of Power Summit, two hair experts explored the effects that hair bias has on professional women of color and their journeys up the corporate ladder. 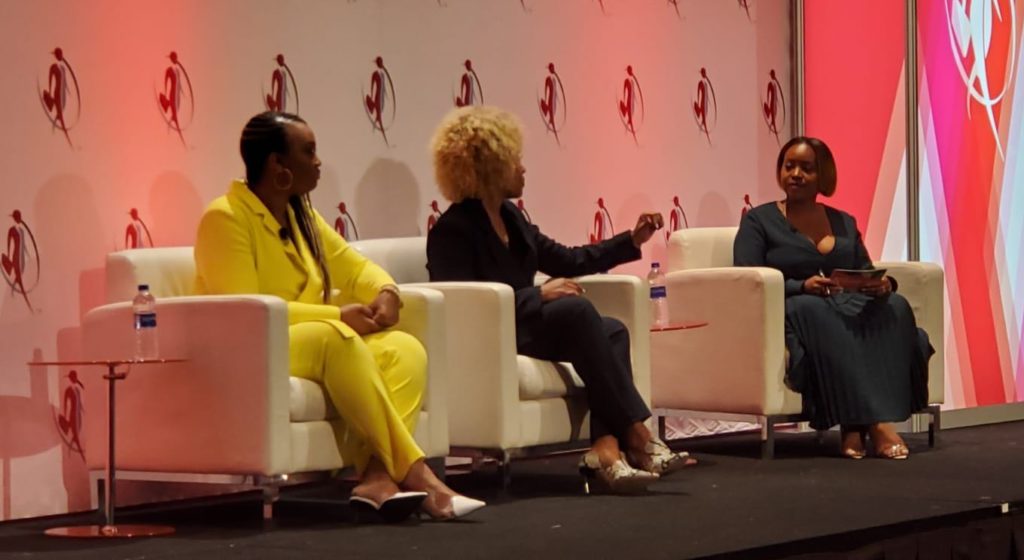 “From braids, locks, shaved hair, Beyoncé blonde to Chaka Khan red, hair is all over the place. And, for some reason, black women’s hair always seems to get tangled in politics in the workplace,” said Lydia Blanco, the Digital & Events Editor at BLACK ENTERPRISE, at the beginning of the session.

“In the past, we felt like we had to conform to someone else’s standard of beauty,” said Teneya Gholston, the senior director of Marketing at Creme of Nature. “It feels good to be able to wear our hair the way that it grows out of our scalp and to see leadership wearing her hair like that.”

Gholston also noted that seeing black women wear their hair in its natural state can have a positive effect on others and change society’s perception of black hair at large. “When you wear your hair in a certain way, you tell your daughter she’s beautiful. You tell her it’s OK to wear your hair the way it grows out of your head,” she said.

On the other hand, Angel Beasley, the senior buyer Multicultural Hair Care, Hair Accessories & Tools at Walmart US, acknowledged that some work environments have remained hostile to women of color with natural hair. “People would say you’re not going to move up in the company because your hair is not straight.” However, if that’s the case, she suggests that women consider other job opportunities. “I would encourage everybody to come as who you are, whether that is [wearing] straight hair, a weave, a wig, [or] braids. If they don’t want you [because of] that, then I wouldn’t want to work at that company.”

Outside of the workplace, a number of black children have also been subjected to discrimination over their hair. In Michigan, an elementary school forbid an 8-year-old from having her photo taken for a school picture because officials said her red braids violated their dress code. Meanwhile, a high school senior in Texas was told that he could not participate in his graduation ceremony if he did not cut off his dreadlocks, which he has refused to do.

“It is hurtful as a black woman when you hear some of the stories of discrimination,” said Gholston.

In addition to being subjected to racial discrimination, Beasley pointed out that many black women are stigmatized by people within their own community.

The women also made note of the states that have recently passed anti-hair discrimination laws to protect employees with textured hair and ethnic hairstyles. The laws, which have passed in California, New York, New Jersey, Colorado, and Virginia, ban discrimination based on characteristics associated with someone’s race and/or culture, including hair texture, hair type, and protective hairstyles such as braids, locks, and twists.

“This says that all hair is professional,” said Beasley, praising the laws. “They’re [t]aking the stance that no matter what your hair looks like in schools and in the workplace, its professional.”

“I’m now glad that someone is taking—and we’re taking a stand—to say you are beautiful. We see you,” added Gholston. “Black women need that support. We have to be empowered to be authentically us, to be unapologetically who we are. And in the workplace, it only makes us better.”

Watch the “Hair Politics in the Workplace” panel below.