You Can't Spend Your Way to Building Wealth 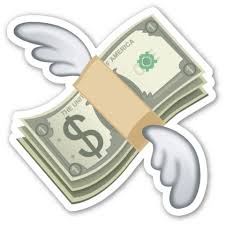 A few weeks ago I had a conversation with a good friend that confirmed our community’s dysfunctional relationship with money. I was elated to hear that he’d landed a solid position after struggling for more than two years to find a job. The lack of a steady paycheck had taken its toll on my friend’s household finances as he and his wife wrestled with mounting bills, rising tuition costs, and looming home foreclosure. Given that history, I fully expected his restored income to be applied to debt reduction or emergency reserves. I was, instead, dismayed to learn that his first orders of business were to finally purchase that multimedia entertainment center he always wanted, and then to take a family vacation. The kicker: He actually believed he would save money because he could acquire them at bargain prices.

Some of you may think that scenario absurd, but it is all too commonplace. You’d think that surviving the Great Recession and coping with a wimpy recovery would provide a wake-up call for us to develop plans to weather tough times and take deliberate steps to accumulate sustainable wealth. But alas, many of us have been in hibernation, taking no real, substantive action to regain our financial footing or improve our status.

The truth is we’re a nation of spenders. We don’t even live paycheck to paycheck; we’re more like guppies ready to consume dollars before they even reach our bank accounts. The latest survey from America Saves bears out this characterization: Over the past three years, the percentage of Americans who spend less than their income and save the difference has dropped from 73% to 66%, and more than 40% admit they have not developed a savings plan that has specific goals. Moreover, roughly half of survey respondents believe they won’t have enough dollars saved to maintain a desirable standard of living in retirement.

For us, the situation is even bleaker. In a 2011 Prudential Financial study, only 20% of African Americans were on track to meet retirement savings goals; nearly twice as many hadn’t even begun the process. Moreover, roughly 60% surveyed held less than $50,000 in company retirement plans, and only 23% had more than $100,000. A report from Ariel Education Initiative and Aon Hewitt reveals that 8.8% of African American workers took hardship withdrawals from their 401(k) plans versus 1.7% of whites, and half carried a loan balance compared to just 26% of their white counterparts. Furthermore, 80% of African Americans who left employers with outstanding balances wound up defaulting on such loans, while 63% simply cashed out and paid the penalties.