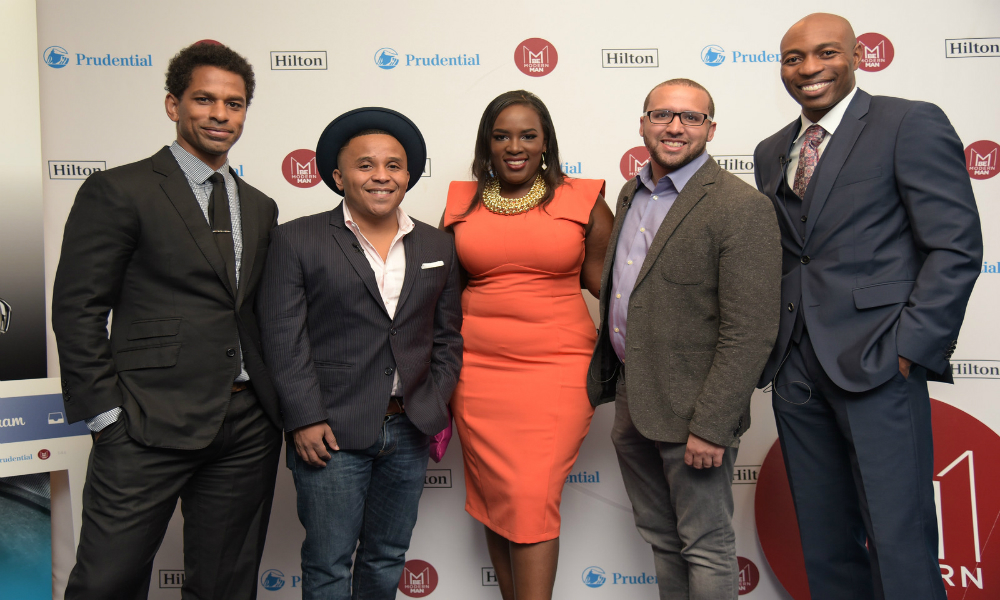 On Tuesday, Sept. 13, 2016, the BE Modern Man Tour took its last bow of the year in the nation’s capital, Washington, D.C. at the Washington Hilton.

Sponsored by Prudential and Hilton Worldwide, and hosted by a vocal and passionate Touré, the tour’s final stop tackled the importance of community activism, economic development, and the power of the black voice.

Touré opened the evening with outpouring support for San Francisco 49ers Colin Kaepernick’s recent kneeling protest against violence and police brutality during the national anthem at NFL football games. Touré supports Kaepernick as he embodies what it means to be a Modern Man. “A black man is proud, he’s powerful, he’s challenging the system and he’s not able to be stopped when he’s standing behind something he believes,” exclaimed Touré.

Earl “Butch” Graves Jr., president and CEO of Black Enterprise spoke proudly to the room of nearly 150 black men and women in attendance, about what it means to be a modern man in today’s society. “The BE Modern Man reinforces the notion that it is our normal to be extraordinary,” he stated. “We believe it’s time to control the narrative of African American men.”

Each speaker spoke on what they believe is their contribution to advancing the community. “We have an obligation to ensure that we show up for all members of our community,” stated Johns.

Lowery spoke on the media’s influence in how race relations are currently perceived across the nation. He emphasized the neglect and lack of empathy in the coverage of murdered black men in today’s society. “What we know is that we all bring the vices of our limited experiences,” said Lowery of reporters who are missing the mark. “It’s important that all journalists think about what their role on race is.”

Riggs seconded Lowery’s opinion on media and race stating “positive portrayal of black men is few and far in between. That’s why it’s important that we have this avenue tonight.”

Not only was the media called out for its lack of care in black coverage, the finger also pointed at ourselves as a community for our lack of support for black businesses. “Historically, when we travel we get it in, but we don’t do that with black businesses,” explained Riggs. “Only 2 cents of every black dollar is being spent in our communities,” he continued. Riggs suggests that blacks find a black hotel or Airbnb to support especially when venturing out to see the world.

Graves closed out the evening profoundly by holding an accountability mirror up to attendees stating “aside from voting, we have to invest in our own businesses and communities. For those of us not supporting black business, you’re not investing in yourself, your community, or your children.”

Needless to say, along with encouragement and empowerment, the final leg of the BE Modern Man Tour also offered a much-needed dose of accountability and action. Already looking forward to the 2017 BE Modern Man tour as we continue to make a mark, tell our stories, and leave legacies.