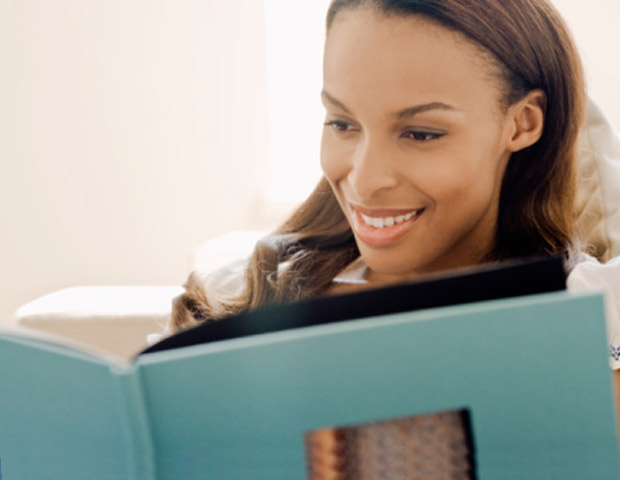 OK, so I kind of lied: ReworkÂ Â is technically a business book. But it’s so much smarter and different than almost every other business book out there that I would be remiss if I didn’t include it in this list of recommendations. Rework is required reading for every ZinePak new employee on because it does the best job I’ve ever seen of debunking traditional, often nonsensical business practices and teaches readers to work smarter, not harder. Or, as Mark Cuban put it, “If given a choice between investing in someone who has read ReworkÂ or has an MBA, I’m investing in ReworkÂ every time.â€

Why read this? Just because big corporations do something one way, doesn’t make it the right way. In fact, there’s a better-than-average chance they make it wrong or inefficient.

The Happiness Project by Gretchen Rubin

Of all the books on this list, The Happiness ProjectÂ is the one that sat unread on my bookshelf the longest. I was skeptical that it might be self-helpy. Once I began, I was delighted to find it incredibly well-researched, despite the first-person anecdotes author Gretchen Rubin skillfully sprinkles in for effect. Rubin’s book is a great reminder to think about what makes you happy on a regular basis, and integrate more of those things into your day-to-day life.

Why read this? Small changes can make a big difference in your day-to-day happiness, altering your big-picture quality of life.

The Checklist Manifesto: How to Get Things Right by Atul Gawande

Â The Checklist ManifestoÂ is both fascinating and shocking in its exposure of the weaknesses in the U.S. medical system. Gawande juxtaposes the “failureâ€ rates in medicine (people who die needlessly because of doctor errors) compared to those of airline pilots, architects, contractors and other professional positions where checklists are the norm. It presents a compelling argument for using checklists to cross off mundane tasks because this guarantees that you don’t overlook small steps.

Why read this? Checklists help workers move faster because they eliminate the need to spend mental energy on often-repeated processes, and it frees up the capacity to focus on larger, creative problems. In short: good checklists help people work and think more creatively.

Getting There: A Book of Mentors by Gillian Zoe Segal

Although it’s hard to pick a favorite from this list of six books I love so much, Getting ThereÂ is at the top of my list. It’s a beautiful, inspirational collection of stories from some of the world’s most influential people: billionaires, Nobel Prize winners, artists and entertainers. Segal captures each person’s story (complete with stunning photography) in an effort to debunk the myth that successful people are “born that way.â€ Each subject candidly discusses obstacles he or she faced, and gives action steps (which Segal calls “pearlsâ€ at the end of each chapter) to help readers increase their odds at success while following their passions. Add this book to your collection today. Since reading it a week ago, I’ve ordered it as a gift for five people.

Why read this? Mentors don’t have to be formal advisors with whom you meet on a regular basis: there are extraordinary people all around us that you can learn from, even if you’re never in the same room with them. Getting There is a great place to start.

Steal Like an Artist: 10 Things Nobody Told You About Being CreativeÂ by Austin Kleon

Steal Like an ArtistÂ is a great, easy read that breaks down many strongly-but-wrongly believed stereotypes about art.Â You can create. You can make a difference. You are an artist. Regardless of whether an artistic endeavor is a screenplay or a startup, this book will make a great addition to your coffee table. It takes less than half an hour to read, so I suggest re-visiting it frequently.

I hope you find these books as enjoyable and instructive as I did. Each helped spark an important, positive change in thought or behavior, which in turn helped shape me into a better entrepreneur.

Brittany Hodak is the co-founder ofÂ ZinePak. SheÂ has been named toÂ Advertising Age’s 40 Under 40 list,Â Inc.’s 35 Under 35 list, andÂ Billboard’s 30 Under 30 list. She won a prestigious Stevie Award for Young Female Entrepreneur of the Year, was a finalist inÂ EntrepreneurÂ magazine’s 2014 Emerging Entrepreneur of the Year competition, and has been recognized at the United Nations as one of the Top 100 Young Entrepreneurs in America two years in a row. In 2014, ZinePak was named Empact’s “Most Disruptive Companyâ€ at the United Nations ceremony for its role in redefining physical music.

This post was originally published in Creator by WeWork.