depending on where you are located within the racial hierarchy. … Essentializing “blackness” is dangerous because it assumes there is one right way and real way to be black. In reality, there are a multiplicity of ways to express and experience blackness and no one is better than another.

[RELATED: What Masks and Identities Do You Bring to Work]

Different cultures have different financial behaviors.Â  What are the dangers of the financial industry treating all people of color as if they have the same attitudes about money?

Since the values of the financial industry are consistent with Northern Eurocentric values of individualism and autonomy versus communalism and collectivism, there is a strong bias that works against those whose ethnic roots are not Northern European. Along these lines, I would say that most people of color – African Americans, Caribbean blacks, Native Americans, Latinos, Asians, and Asian Americans – share an orientation that contrasts with Northern-Eurocentric values. With respect to the financial industry, the failure to recognize that cultural orientations shape attitudes and views toward money is a huge blind spot. But it also is problematic not to realize that there are a host of interacting variables that shape how people think about and handle money, including social class, background, religious orientation, regionality, etc.

Do you think a greater understanding of the diversity in people of color will occur as minorities become the majority population within the next 50 years?

Yes and no. As the population of people of color grows, white people will be forced to have more frequent interactions cross-racially.Â  Just by virtue of more experience interacting with people of other races, knowledge tends to be enhanced. That would include white people recognizing the diversity that exists among and between people of color.

What are some of the things people can do to avoid getting lost in these generalizations?

When we make generalizations about a group, there is always some grain of truth reflected in them, but there also are important differences that need to be recognized. I try to use a both/and orientation that directs me to see similarities and differences. If we use black people as an example, I would argue that something they share in common are experiences as an oppressed and devalued group. At the same time, there are tremendous variations based on things like social class, religion, regionality, national origin/migration experiences, political values, etc.Â  These factors also can impact how individuals experience and understand what it means to be a member of a racially oppressed and devalued group. We need to think in terms of similarities and differences and embrace both. 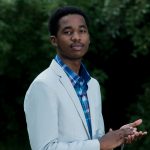 [VIDEO] Our Perspective: Kasai Guthrie Opens Up On Why We Need Our Fathers

FacebookTwitterYoutube
← [VIDEO] Our Perspective: Kasai Guthrie Opens Up On Why We Need Our Fathers ← Ebony Magazine Names New Editor-in-Chief
×