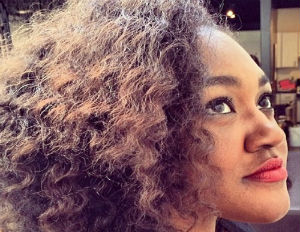 Frustrated with the uncanny cultural obsession with a woman’s derriÃ¨re, filmmaker and writer, Kimberly Walker, produced a six-part docu-series, the “Faux Show.â€ With an emphasis on the recent butt-injection trend, which has proved fatal for several African American women, Walker set out to “explore the idea that having a large derriere has become a black female absolute, relegating those with smaller bottoms to a lower level of blackness.â€

The series sets off a long, overdue, candid conversation about how a black woman’s backside has shaped stereotypical views of beauty, for both men and women. During the first docu-series, Spellman College Professor, Ed Garnes, was asked if having a large bottom should always be tied to a black woman. “I don’t think it should, said Garnes. I think the problem is there are limited visions of black folks period. So when you look at the black woman who’s always being overly sexualized, and she’s being objectified throughout our culture, ultimately you see that she’s being reduced to a “butt.â€ It reduces women and I think it’s sexist. I think we have to demand more images of black women that are more diverse than just a butt; this is the ultimate form of disrespect.â€

Walker, no stranger to “finding humor in life’s murkiest moments,â€ and bringing these topics to the big screenâ€ is responsible for “Comeback Dad,â€ an UPtv film featuring A- list actors, Charles S. Dutton, Loretta Devine, and Tatyana Ali. She’s also covered beauty trends and news for publications and brands, including Uptown magazine, BET.com, AOL and curlBOX.

Do you think the obsession with a black woman’s backside shapes society’s perception of beauty? Drop me a comment below.