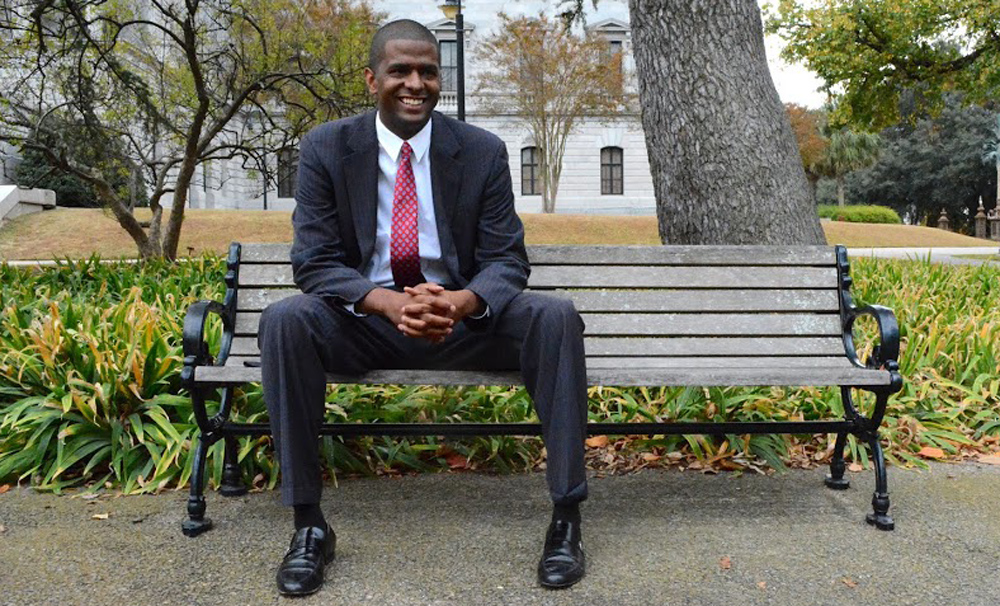 Making a national impact and showing our young future African-American political candidates that anything is possible, Sellers realizes that he didn’t get where he is at on his own. “Being humble and never forgetting from which you came is the most important thing to always remember,” Sellers tells BE Modern Man.

In the wake of the recent tragedy that took place at Emanuel AME Church in South Carolina, Sellers has been working harder than ever to be a voice for the communities affected by the shootings. “We have a long way to go in regards to race relations in the United States, and specifically here in South Carolina,” says Sellers. Black churches have long been targeted throughout history because of their importance as a anchor in the black community. It is a reminder of what still exists as we attempt to move forward.”

Pressing on and building resiliency in the face of tragedy is the hallmark of our communities and people. “A BE Modern Man, breaks, no  SHATTERS stereotypes one day at a time,” says Sellers. “He carries on the very rich and strong legacy of the heroes that came before.”

Young, smart and politically savvy, Bakari Sellers is living proof that it is never to early to begin chasing your dreams. The BE Modern Man team salutes Sellers for making a impact in the political landscape, and using his platform to ignite change not just in South Carolina, but throughout the country.