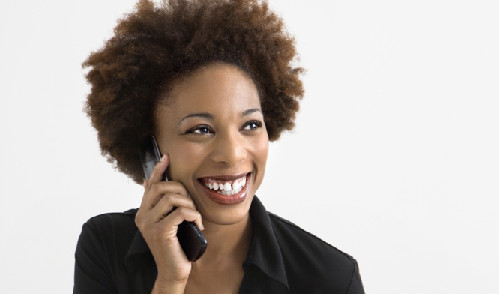 Grooming Tip No. 6: Natural hair can be just as drying as chemical-treated hair. Keep it moisturized and conditioned and make sure you comb the conditioner through your hair, says Wright.

Over the last decade, the natural hair movement has become a powerful force within the beauty industry with more and more Black women embracing their natural textures. Despite the popularity of the movement, many still have to fight against racist attitudes and connotations linked to natural hairstyles. This week, a new study showed that Black woman professionals still struggle with negative perceptions in corporate environments.

New data collected by the Fuqua School of Business at Duke University recently showed that many companies still discriminate against Black women wearing natural hairstyles and found that they were deemed less professional than women with straight hair.

Ashleigh Shelby Rosette who works as a senior associate dean of the university explained the findings illustrated “the impact of a woman’s hairstyle may seem minute, but for Black women, it’s a serious consideration and may contribute to the lack of representation for Blacks in some organizational settings.”

“In the aftermath of the George Floyd murder and the corresponding protests, many organizations have rightly focused on tactics to help eradicate racism at systemic and structural levels,” says Rosette about the findings according to the Huffington Post. “But our individually held biases often precede the type of racist practices that become embedded and normalized within organizations.”

“In many Western societies, whites have historically been the dominant social group, and, as a result, the standard for professional appearance is often based on the physical appearance of whites. For women’s hair, that benchmark is having straightened hair,” she added. “When a Black woman chooses to straighten her hair, it should be a personal preference, not a burden to conform to a set of criteria for which there could be adverse consequences.”

The study found that women who worked in a less conservative and more creative environment like ad agencies faced less discrimination. “Some organizations strip away biographical information, such as a person’s name and other clues about gender or race from application materials. This procedure is known as blinding and has been shown to reduce similar types of bias as what we found in our research,” Rosette said.

“But there fundamentally has to be a level of awareness that the natural hair bias exists. If you don’t know that it exists, you can’t know its influence on your decision-making processes.”