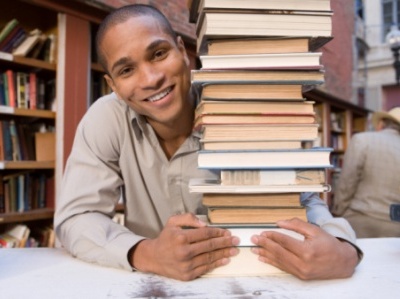 Robert Schwartz, a professor at the Harvard Graduate School of Education, said questions about how charter schools adapt their models to work for high school students are emerging nationally. TheÂ tension, he said, is that their practicesÂ “seem to work very well at raising test scores in the early grades.â€

“But if you don’t at some point in that progression really shift in that strategy to enable kids to take more responsibility for their own learning that’s less teacher-directed,â€ he said, “the transition to higher education can really be very bumpy.â€

Jeffrey Litt, the longtime superintendent of the high-performing Icahn Charter School network, said he didn’tÂ want to expand to high school because he didn’t think he would be able to compete with the city’s top schools and because he worried about pulling off that complicated transition.

“If we keep a kid in that environment through twelfth grade, the child now leaves us and heads to college and they don’t know any other world,â€ he said. “They’re going to be shocked.â€

Achievement First’s level of attention to student behavior is a hallmark of many charter school networks, as is the expectation that all students will go to college. Hallways decorated with college pennants and classrooms named after teachers’ alma maters are the norm. Even in the earliest grades, classes of students are referred to by the year of their anticipated college graduation.

The high school’s approach didn’t work for all students. The state says its four-year graduation rate for 2013 was 84%, but that doesn’t account for the students who transferred out ofÂ the school. Achievement First’s first class saw high attrition over its four years, shrinking from 62 to 38 students.

Spokeswoman Amanda Pinto said some students were held back, and Black said other classmates moved or left after having trouble following school rules. Pinto said attrition tends to be higher in a school’s first years, and that the high school lost just 2% of its students last year. (Charter school students aren’t bound by the city’s restrictive high school transfer policies.)

Of the 31 who graduated, all but one were accepted into a four-year college, according to state data. Eighteen months after graduation, two-thirds were on pace to graduate from collegeÂ within four years,Â Pinto said.

The network is experimenting with new approaches. Two Achievement First schools in New Haven, Connecticut, are trying a model dubbed “Greenfield,â€ called that because the network’s CEOs said they “wanted everyone to imagine an open field with no structure built on it yet.â€

Shanley, the board chair, said that the network’s Brooklyn contingent is interested in the model, which calls for students to spend up to 20% of the school year working on projects designed to expose them to real-world experiences. She said she’d also like to see Achievement First find ways to offer high school students college-level courses and internships through partnerships with colleges and companies.

For all of their criticism, the former Achievement First students spokeÂ fondly ofÂ their high school experience. Wilson said if he falls short as an actor, he wants to return to the network’s schools to teach. Gordon attributed her interest in public health to a CPR training class she took at Yale University, which the high school sponsored.

And after bristling at the school’s rigid structures, Black said they helped her “get my life togetherâ€ as a senior and graduate on time.

“That’s because I stopped trying to beat the system and started working with it,â€ Black recalled. “But I did that at the last hour.â€