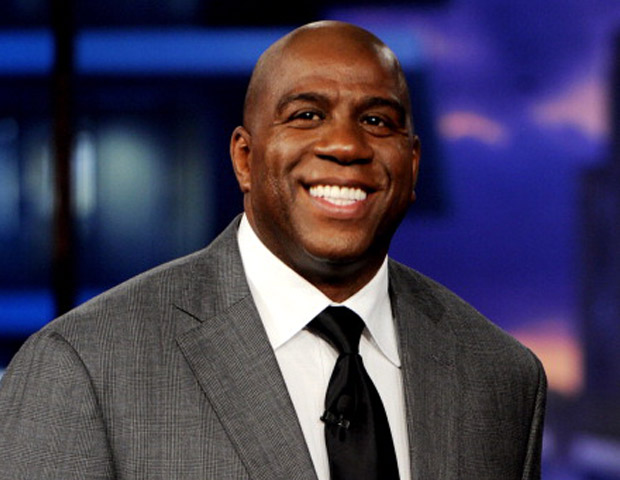 Although the exuberant, competitive athlete-turned-businessman retired in 1991, he has never been far from the game… or the Lakers. During the Lakers’ 1993—94 season, Johnson replaced head coach Randy Pfund, and helped the team win the first five games of that season. Soon after, when they began to lose, Johnson announced he wouldn’t coach again. “I want to go home,” he told the Associated Press in 1993. “It’s never been my dream to coach. I want to own, to be a businessman. You’ve got to chase your dreams.”

Johnson got his wish in June 1994, when he stopped coaching the West Coast franchise, but simultaneously became the first minority shareholder of the Lakers, purchasing for a reported 10 percent of the team for $10 million. He went back to play one more season with the California-based team during the 1995-96 season, then retired for good after losing to the Houston Rockets in the first round of the 1996 playoffs. Johnson eventually joined TNT as an NBA analyst for seven year, and ultimately landed a multi-year agreement with ESPN as a studio analyst on NBA Countdown in October 2008.