Estate Planning For Families With Children 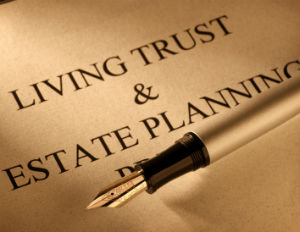 “We wanted to make sure that if we died, our children wouldn’t become wards of the state,â€ says Montrie, 50.

The Adamses live in Ohio. Children who become wards of the state have their assets administered by a court-appointed guardian. Although the assets are still distributed to the children, they may not be disbursed as the children’s parents would have wished. Since their children’s legal guardian would have control of money and property, the Adamses set out to find one who had values like theirs.

“We had a discussion with our family,â€ says Todd, 47. Montrie adds, “We thought of individuals with the same educational values and moral standing, the same thought processes we have in terms of life goals and religion.â€ After discussing their needs, they chose one of Todd’s sisters, Angela.

Legal matters, such as planning for the future and protecting your assets, can be complex. To help the Adamses understand their rights and options, they first found an attorney who specialized in estate planning. An estate plan essentially transfers a person’s assets and properties to his or her beneficiaries. It can include a will or trust and may also provide for charitable giving.

“The way our will is written, if one of us dies then the surviving spouse is automatically in control of all the remaining assets,â€ says Todd. “If both of us die, then the estate’s executor would manage the assets as well as make decisions about our children.â€

The couple then determined how much life insurance they would need.

Currently, they each have a 20-year term policy with a face value of $1 million. They pay a monthly premium of $194–$96 for Montrie and $98 for Todd. The policy was renewed in 2003 when their daughter was born, so it will be in effect until she and her brother graduate from college. This year the Adamses will be reviewing their policies because they’ve left their full-time jobs to work for their 10-year-old communications and public relations firm, Visibility Marketing Inc., which has projected 2012 revenues of $420,000.