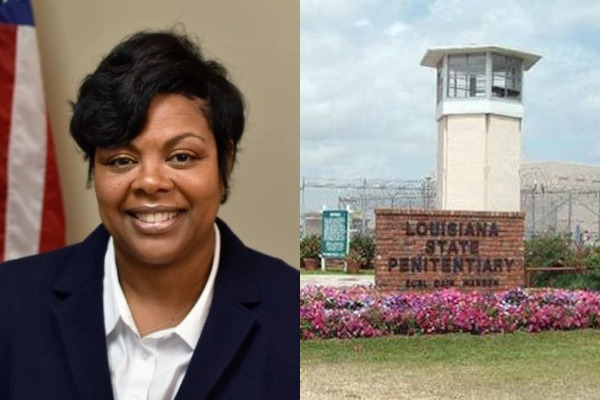 The department of corrections promoted Ambeau, making her the third Black woman to serve as a deputy warden for the Louisiana Department of Corrections, but the first to warden over the state’s largest prison, WAFB reports.

“The Deputy Warden’s position is an exciting and challenging continuum of my 27-year career in public service,” Ambeau said.

“This is an opportunity to showcase the betterment of our governmental systems when members of various and diverse communities are represented in leadership and management positions. While humbled by this opportunity, I am also uniquely equipped for the challenges it presents,” Ambeau added.

A spokesman for the DOC also applauded Ambeau’s promotion and her three-decade career in law enforcement.

“Rochelle is a highly-qualified individual who brings decades of corrections experience to her new position,” Department of Corrections spokesman Ken Pastorick said. “Rochelle joined the Department in 1992 as a corrections officer at Louisiana Correctional Institute for Women (LCIW). She has risen through the ranks, serving as the agency’s first Corrections Transition Specialist in 2005, and was promoted in 2014 to Deputy Assistant Secretary in Reentry.”

Ambeau’s promotion comes after Secretary Jimmy Le Blanc created the Division of Diversity, Equity, and Inclusion (DEI) within the department of corrections. The effort is credited with helping to increase a diverse workforce within all levels of the organization and is committed to ensuring an equitable and inclusive environment for workers and prisoners.

“DEI provides leadership and support to ensure that the values of diversity, equity and inclusion are vital components in all decisions that impact the people whom we serve to include applicants for employment, staff, the incarcerated, families of the incarcerated, visitors, and volunteers,” Pastorick added.

“Initiatives of DEI include, but are not limited to, reviewing and making recommendations to practices and policies regarding: staff recruitment and selection; professional development and training; and areas that impact opportunities provided to the incarcerated. DEI provides mandatory diversity training to all staff.”