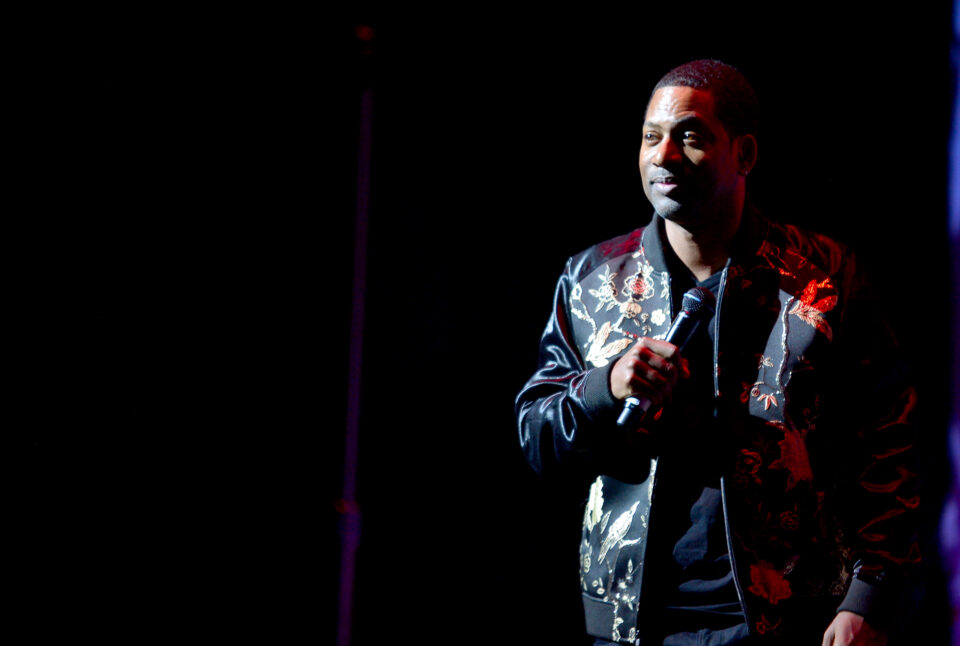 Comedian Tony Rock has always stepped in as his older brother Chris Rock‘s unofficial spokesperson whenever his famous sibling is caught in the crosshairs of controversy.

In 2016, when actress Jada Pinkett Smith called for a boycott of the Oscars, Chris Rock was tapped to emcee the ceremony. Rock was under pressure from the Black community and some members of Black Hollywood to pull out from his hosting duties but decided to go forward with the job because, in Tony’s words, “there’s a big a– check involved,” according to TMZ.

Fast forward to 2022, Chris Rock has found himself again in the middle of another Oscar dispute involving Will Smith and his wife, Jada. In 2016, Rock cracked the joke that Jada’s boycott of the Academy Awards was futile because she wasn’t invited.

The joke landed, but Will Smith took offense because Jada lives with alopecia and marched towards the stage, delivering a swift slap to Rock’s face.

While Chris Rock has not spoken about the ordeal publicly and said that “he’s still processing what happened.” He told a crowd who showed up for his comedy set for his Ego Death tour, stopping at The Wilbur in Boston, that he would discuss the situation “in a more serious manner,” according to People.

However, his younger brother Tony did not wait to address the altercation and took to the stage on Friday evening, April 1, in Raleigh, North Carolina, and went straight for the jugular.

He appeared on stage with Tupac’s track “Ambitonz Az A Fighta” playing in the background and shouted to the crowd, “Oh, we on Pac for the rest of the year,” which the group affirmed.

Tony’s song selection is another dig at Smith, who admitted that he was jealous of the deceased rapper due to his wife’s close relationship with the “California Love” artist, as he said two years ago on The Breakfast Club.

Tony gave a stern warning to attendees that if anyone takes issues with any joke and tries to bum rush him on stage, he will meet that person with an immediate beatdown.

“And if you walk your ass up here, you ain’t nominated for shit but these muthaf*ckin hands,” said the comedian.

He continued and instantly spoke of Smith hitting his brother.

“You gonna hit my muthaf*ckin brotha cause yo bitch gave you a side-eye?” he rhetorically asked of the disgraced Oscar winner.

Watch the complete NSFW video below.