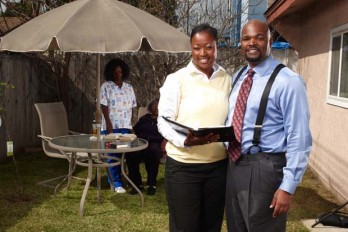 can become a source of frustration for some entrepreneurs because of restrictions inherent to the industry. “These types of entrepreneurs want to have total control over every aspect of the business,â€ he adds. “A franchised pizza parlor in one city, for example, will have the same ingredients, menu and even identical building designs as another location in a different place. This can be vexing for an entrepreneur who wants to add his or her own personal touch, or improve the business model in some way.â€

Robert L. Purvin Jr., chairman and CEO of the American Association of Franchisees & Dealers, a San Diego-based nonprofit trade association dedicated to the interests of franchisees, agrees. “There should be a sign out in front of every franchise that says, ‘Entrepreneurs need not apply,’â€ he asserts. Geyen notes: “Entrepreneurs want to do their own thing, and franchises want good lieutenants who can follow their model,â€ which is what attracts many to the industry because you’re provided a turn-key operation. “A franchise is about being part of a team,â€ Geyen adds.

Due diligence is a must.
The worst thing prospective franchisees can do is slack on their homework. “This is something you cannot enter into casually,â€ says Cohen, who for nearly 20 years was senior vice president and chief franchising officer of McDonald’s Corp. (one of be’s 40 Best Franchises for African Americans). “Typically, people are putting, if not their entire life savings, a substantial portion of their life savings into a franchise, possibly going into debt and signing a lengthy contract–and those are things you don’t do without a lot of investigating.â€

And sometimes that investigating starts with a deep self-evaluation. Nancy Dillard and her husband, Terrell, both 41, became franchisees of a JAN-PRO commercial cleaning company in 2003. But beforehand, Nancy says they “looked in the mirrorâ€ to see if they were really ready. The answer was a resounding yes, says Nancy, whose franchise is in Cleveland. “While I believe I’m a creative person, it’s nice to know with franchising you’re not reinventing the wheel,â€ she adds.

The Dillards’ self-reflection led them to a broker who assisted them with the process of choosing a franchise. They also hired a lawyer to help them sort through convoluted contracts. After deciding on JAN-PRO, they opted to take their ownership a step further and became master franchisees, which means instead of simply operating a single franchise they also sell unit franchises to others. The $100,000 investment it took to get the Dillards’ franchise off the ground has paid off tremendously. To date, they have sold more than 150 unit franchises. In 2010, the Dillards and their eight-person staff raked in more than $2.5 million in revenues, and the couple expects that to increase 10% to 20% in 2011.

Decision time.
Great places to start include the International Franchise Association’s An Introduction to Franchising manual (http://bit.ly/introtofranchising) and Black Enterprise‘s “The 40 Best Franchises for African Americansâ€ (September 2010). Prospective franchisees should